Heckler & Koch is a German company that started out as a small manufacturer of firearms. In 1966, the engineers of this company introduced a new 9mm submachine gun called the Heckler & Koch MP5. The popularity of the MP5 would eventually make it one of the most popular and sought after submachine guns anywhere. Not only did it become popular in West Germany, but it was also sold and/or licensed through manufacturers in China, United States, Turkey, United Kingdom, Saudi Arabia, Greece, France, Pakistan, Sudan, and others. In fact, there are more than 100 different variations of the Heckler and Koch MP5 because of its popularity. Some foreign manufacturers have even gone as far as to make semi-automatic versions of the MP5.

Turkish manufacturer MKE produces MP5 (T94) for the civilian market. Technically the T94 is not a clone of the MP5 because it is manufactured on H&K-licensed machinery in Turkey. MKE manufactures a wide range of H&K firearms under license.

The Remington 870 shotguns are good for competitive shooting, home defense and hunting purposes. However, you might not like the factory stock which comes with each shotgun model. Depending on the size of your body, you might not like the length of pull on the factory stock. Instead, you will need a stock that lets you adjust the length of pull and allows you to shoot more comfortably and accurately. If you have standard stock then you can get Remington Length of Pull Spacer Kit to make it longer but not shorter.

Thanks again to Choate Machine & Tool for providing the Remington 870 Telescoping Stock for my review.

I received the Remington 870 Telescoping Stock from Choate this time. It has some unique features like a specially designed tube and stock which can withstand the recoil of Magnum loads. Also, the buttstock has two useful watertight compartments where you can store batteries for a flashlight, red dot sight, etc.

Overall, I was impressed with how sturdy this stock is. It can be a good choice for home defense, survival or as a tactical shotgun.

The previous review of the Choate Remington 870 MK5 Pistol Grip Stock and Forend was very interesting to me. There are not many reviews of Choate products and that was surprising because their products are very popular and well known.

Thanks to Choate Machine & Tool for the stock for review.

Choate Machine & Tool is one of the oldest companies which manufactures lots of different parts and upgrades for firearms. Remington 870 owners may know the company for the magazine extensions they produce.

This stock has a very unusual look which is similar to the thumbhole and Shurshot stocks, but with many differences too. I’ve heard complaints about the look of the stock but I’ve heard the same complaints about the Magpul SGA stock. Some people like how it looks while others don’t. Either way, the features are very good and extremely useful. I was really surprised about how good it can shoulder.

Thanks to Choate Machine & Tool for the stock and forend for review. Thanks to Tommy Geraci, one of the blog readers for making this review!

This post is about the most popular Magazine Extensions for Remington 870 Shotgun.

Choate Combat Shell Speed Stripper, Photos, Review, How to Use

Choate Combat Shell Speed Stripper, Photos, Review, How to Use

Today, I want to show you photos from Eros from Italy. He has sent me pictures of a Choate Combat Speed Stripper. It looks identical to the one made by California Competition Works. 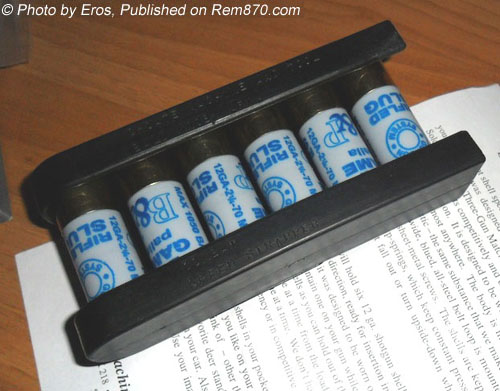 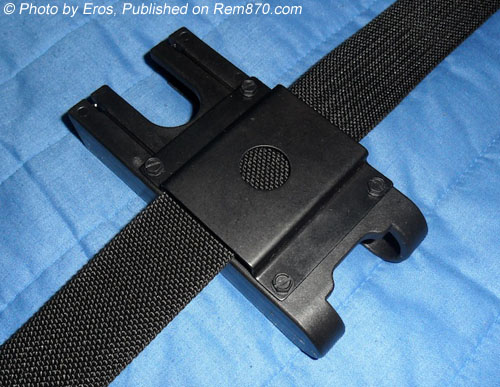