This is the first article about load-4 rigs for Practical Shooting (IPSC, 3-Gun, USPSA). It is going to be interesting for competitive shooters.

I asked owners or people close to the companies to tell about their products. Let’s start with 3 popular dual and quad loading platforms: King Competition Products, EZload and Z-Gun. I have sent requests to Invictus and Safariland, waiting for their answers.

King Competition Products quad-load holders were first to use magnets. It is expensive but a lot of shooters say that it is well worth the money. 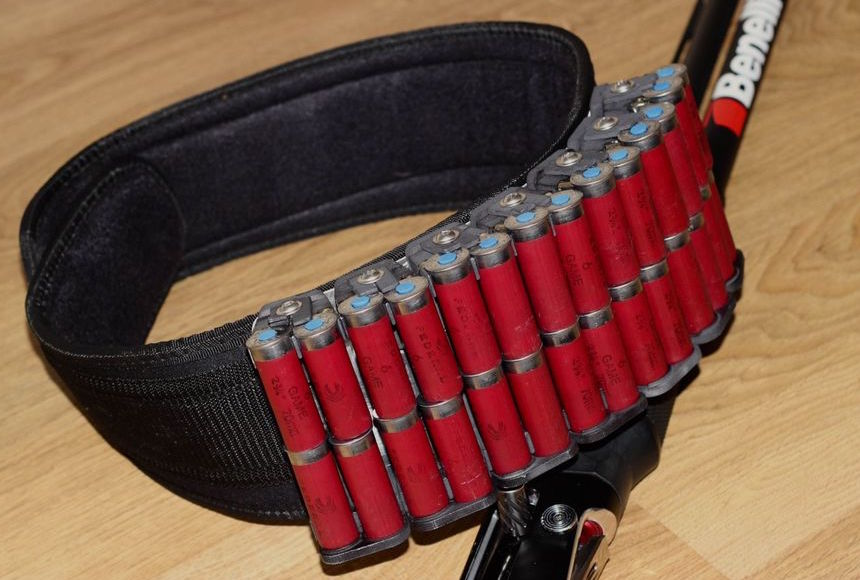 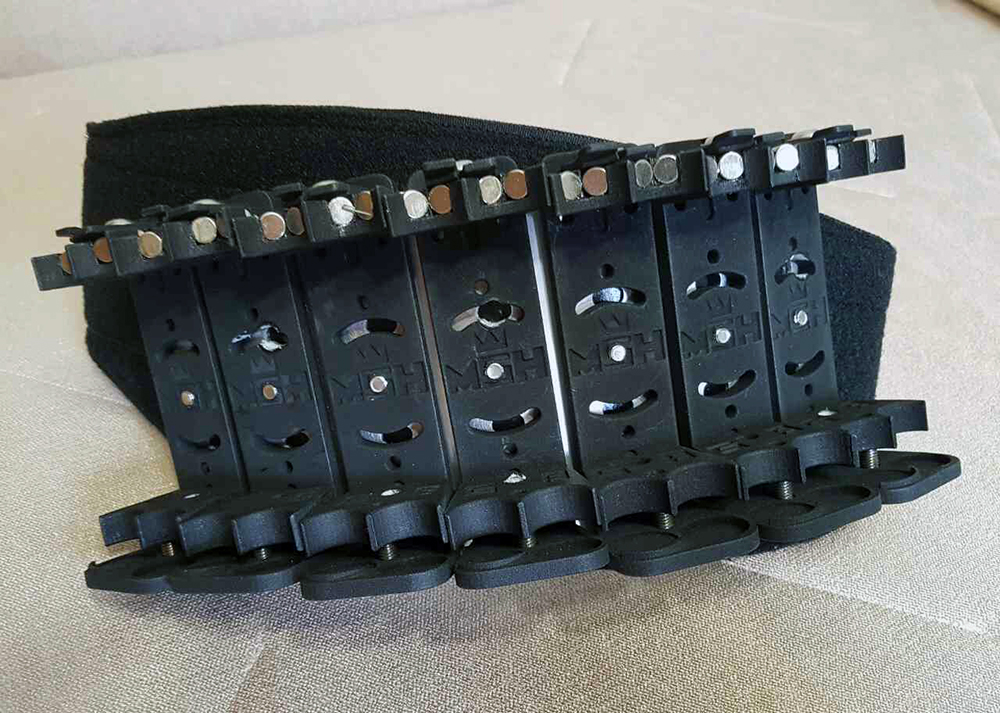 There are 2 guys behind KCP, Kim and Jaakko. We both have Master’s degree on engineering. Two close friends that are quite competitive, performance driven and innovative. Both have Master’s degree in engineering. The story behind KCP started 2014, when the finnish national IPSC shotgun team was decided, Kim and Jaakko both to be representing Finland at SG WS in Italy 2015. Having tried all commercially available designs, guys were not satisfied with the performance of shotgun shell holders at that time. Out of that need came out eventually the company and the first commercial product, the King generation 3 shotgun rig. The rig was used winning total 12 world championship medals at SG WS. Kim placed World Champion and Jaakko was the first runner up.

1. Is it true that load-4 was invented in Finland?

This was before our time, so I can’t say yes or no if there was someone else who had same kind of ideas. The load-4 technique, required shotgun modifications and shell holders were to my knowledge developed and first implemented in Finland. This development started after 2009 IPSC SG European Championships. Load-4 was made widely know in 2012 SG WS, where Finland was very successful. A lot of recognition developing the load-4 hardware and techniques should be given to the finnish shotgun pioneer, Jani Lehtonen.

2. You were first to use magnets in your shell holder? How you come up with this revolutionary idea?

The King generation 3 was the third system we made. In generation 1 and 2 we used springs. The problem with springs was that we could not get all the shells as close to each other as we wanted because of the long caps between holders. For consistent loads, a uniform “unbroken belt” of shells is the best way to go. The uniformity means your loading hand can just repeat the same movement over and over again, and there is no need to look for your shells and holders to find them. The idea of magnets became one evening when we were testing some prototypes. This solved many things. The shell release from the holder became shorter, there was less protruding parts and we were able to pack the shells in a shorter space. During generation 2 development we also found the way to retain the lower shells with only the bottom plate, so they are very easy to release.

3. I know that Kim Leppanen uses your rig. Who are the other top shooters that use your shell holders?
Most of the top Nordic shooters that we know. Our systems have been shipping all over the world for the past year, so we are happy that a lot of the future medals will also be shot using gear that is manufactured by us.

5. What are the main advantages of your rig?
As we are serious about competing ourselves, we want the highest performing gear. That was the idea behind the project in the beginning and still is. The main advantage of the King platform is, that it outperforms everything else available. In dynamic shooting our measurable goals with shotgun reloading are, for the most part, speed and repeatability.

6. One of the issues of such shotshell holders is use with shot shells of different length. How have you solved it? Is it possible to adjust rig quickly?

Pushing the shell package from the top and bottom was brought to SG WS 2015 with the finnish teams hardware. The benefit in this system is that the shells do not tilt inward. This also allows packing the shells tightly together and easy release with a magnet retention. A traditional clip system will require a high holding force, resulting in to more risk of failing the loading grip. Especially the “pinky shell” is a high risk for smaller hands. King generation 3 and 4 have the shell height set screws in the lower holder. The fine adjustment can be done with a hex key between competition stages, if there is need to change ammunition types. The holders are adjustable for any shell type, but I would not recommend extremely short or long shells, as they are not very nice to load.

Approx 60% right hand and 40% left hand according to our stats. I think the southpaw shooters do not change the statistics that much. In Nordic countries the “strong hand load” could be a little more popular than southern and eastern europe.

8. How durable is material of the rig?
The plastic parts are made of nylon, which is more durable than normal injection molded plastic.

EZload rig is another quad-load platform with magnets. It is less expensive that King rig and has some additional features. 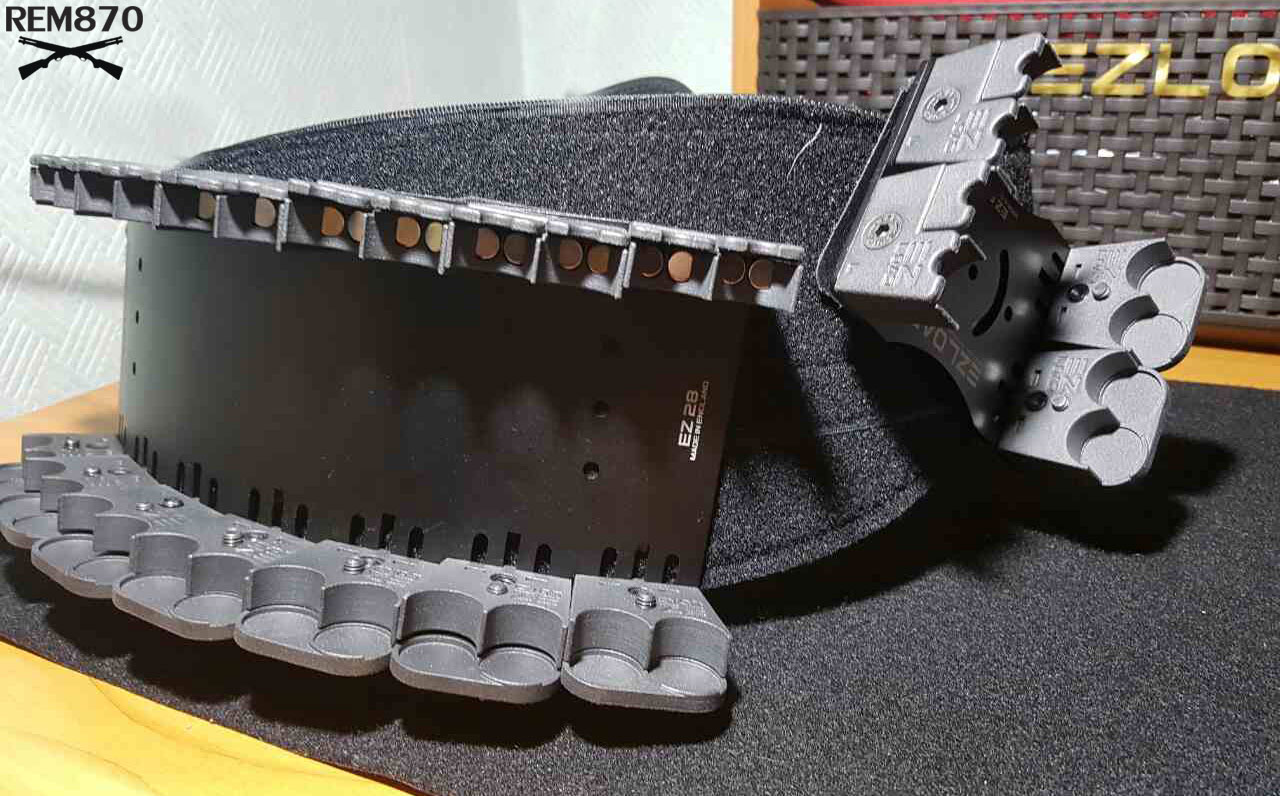 1. How long is it on the market? How durable is it?

The EZLOAD components are made of a graphite reinforced nylon composite and have a very high strength and durability rating. EZLOAD has been on the market since late 2015.

Yes, everything is made in England

3. Is it the same platform Josh Kenny uses? Any other top shooters using your quadloading platform?

Most of the top shooters in the UK use EZLOAD to some extent. Josh Kenny has built his own rig from various parts and manufacturers and use a variety of EZLOAD loaders for weak hand loading. Members from the German, South African and USA shooting teams are using EZLOAD

The reason for this is mainly flexibility. At some stages I prefer to use under the arm loading and at some stages over the shoulder loading. Weak hand loading is normally a bit faster for me during standing option 3 starts and Cooper tunnels for instance. But I prefer over the shoulder loading for everything else. Therefore I am using a Comp Rig 40 with an EZ12 setup for weak hand and an EZ28 setup for right hand. All mounted on the Velcro Competition belt so I can take off a plate if I feel I do not want to use for a particular stage. I also prefer to use the shells from the rig for the initial load on the start line. This allows me a final loading “practice” just before the start signal. The rig components are very compact and lightweight so there is no problem to fit 40 rounds on a normal male frame.

5. From your observations, which shell holder is more popular: for left hand loading or for the right hand loading?

6. One of the issues of such rigs is use with shot shells of different length. How have you solved it? Is it possible to adjust platform quickly?

Personally I don’t consider this is a very big issue. Most shooters that buy this kind of racing equipment have already worked out exactly what shells they are using and what fits together with what. If adjustment is still needed it is just a matter of ripping the plate off the Velcro and slide the bottom holders in place. This can quickly be done between stages.

7. What are the advantages of EZload rig?
EZLOAD offers the easiest way for anyone to quickly master the quad load. The loaders are perfectly pre-arranged in a staggered line allowing the shooter to grab 2 or 4 without worry about the next grab. The EZLOAD is fast, compact, secure, durable and very lightweight.

This platform is made in Russia. This is the most affordable rig on the market. It is simple and easy to use.

1. Some people say that load-4 loading was invented in Russia, is it true?

2. Do you plan to add magnets to your rig?

No, because system with magnets is not universal and doesn’t allow to grab ammo starting from the bottom shotshells. It is complicated and expensive.

3. Some shooters in our club complain that shotshell holders weaken after about a year of use. Have you heard about such problem?

No, I don’t have such problems. I have used my first rig for two years and a half and it is still good. I use my current platform for one year and there are no problems. Any of my many club members don’t have any problems. We are changing material of the belt at the moment but for different reasons.

It is used by 9 out of 10 top shooters in standard and standard-manual divisions of the Championship of Russia.

What are the main advantages of your rig?

5. From your observations, which platform is more popular: for left hand loading or for the right hand loading?

Left hand loading because top shooters use left hand and other shooters copy that.

6. One of the issues of such rigs is use with shot shells of different length. How have you solved it? Is it possible to adjust platform quickly?

It doesn’t have such problem unlike rigs with magnets where you need to adjust top holders for that. 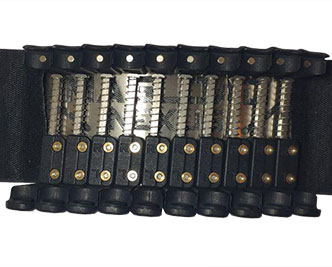 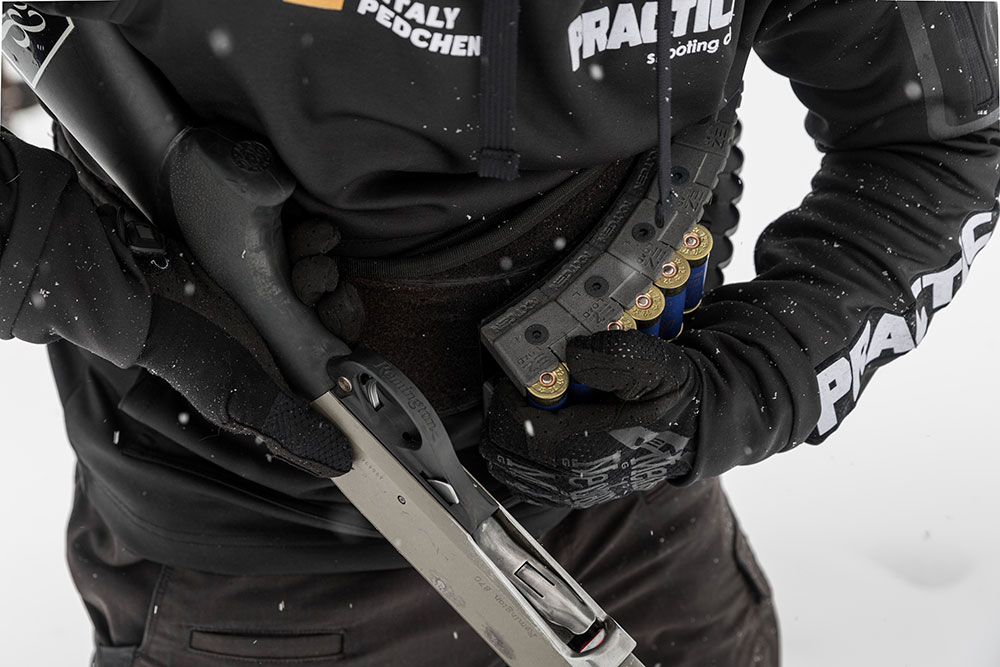