With over 10,000,000 Remington 870s in use today by proud owners, you will find them set up for hunting, law enforcement, military, home defense and recreation. Inevitably, the subject of illumination will come up among all. So, do we evaluate every single one for its pros and cons or do we finally establish and recognize the fact that tactical really does mean practical? 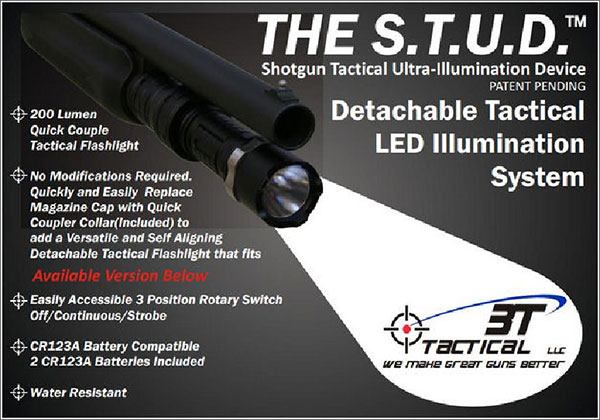 The Shotgun Tactical Ultra-Illumination Device (S.T.U.D.) designed and manufactured by 3T Tactical, Inc. is completely installed on your Remington 870/1100/1187 in less than a minute and with no tools required. The magazine cap is removed and immediately replaced by the coupler. Once done, simply push the light into the coupler and give it a half twist and you’re ready to go. As you immediately view the strength and simplicity, you also begin to see the issues with others that the S.T.U.D. immediately resolves. 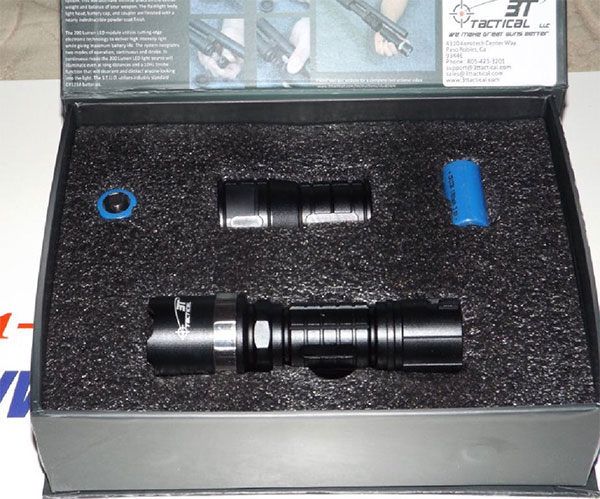 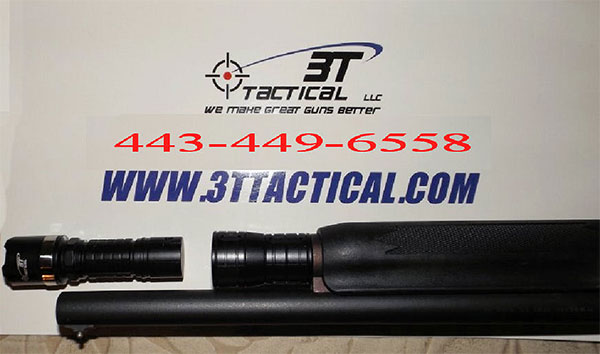 From the very beginning, you are presented with professionalism. Knowledge, experience and engineering wherewithal linked in with a man who has been a competition shooter, sportsman and hunter all of his life. A gun guy who speaks your language. Mr. Tom Williford. Designer, manufacturer, patent holder and CEO of 3T Tactical. Inc.

The law enforcement SWAT Team member sees the immediate benefit of the S.T.U.D. once he/she sees the light is immediately removable with one hand when it becomes necessary to sling the shotgun, go to their handgun or apprehend a subject during the course of a search warrant. They will additionally see the life saving benefit of giving the silver ring upfront less than a quarter turn which now gives them a powerful hand held 200 lumen strobe which can be tossed through a window to disorient and expose those on the other side of the door. A light which can also be used in conjunction with their handgun. One which can remain in the shotgun’s coupler, attached to their tactical vest or in a pouch on their duty belt in the course of normal routine patrol duty. Consistency, reliability and versatility. 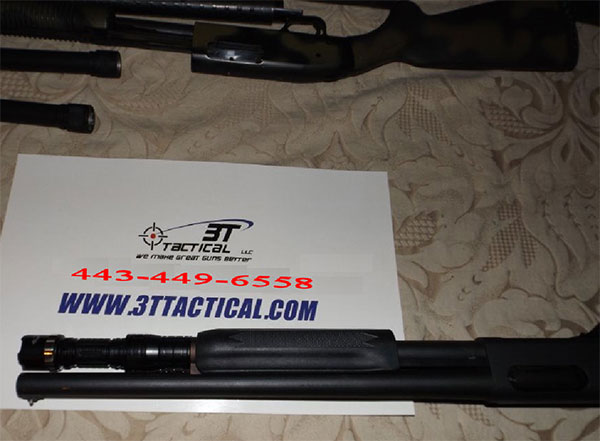 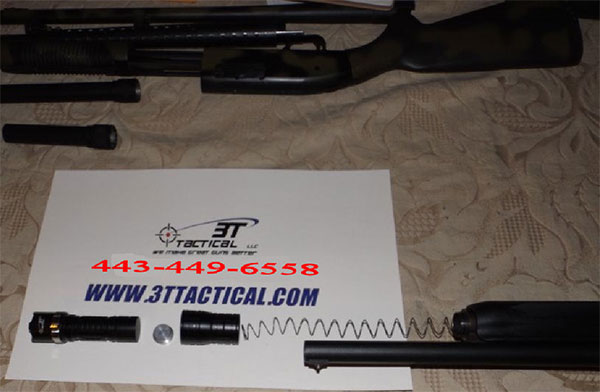 Over 1,000 rounds of heavy 12 gauge slug and 00 Buck loads were run through the initial prototype with a video camera running throughout to make sure the S.T.U.D. could stand up to the heavy shock with not so much as a flicker. Upon receiving my own Test & Evaluation model which was pulled directly from inventory, I was immediately impressed with the professional packaging and the ease of installation. Within one minute, the S.T.U.D. was completely installed on my own Remington 870. We threw the light across the asphalt parking lot, bounced it off a wall or two and then put it back in the coupler. The three position silver ring which gives you ON/OFF/STROBE was right there. We tossed it into a dead dark hallway. Those who were present in the hallway were not aware we were going to do this. Their positions were immediately exposed by the blinding STROBE leaving them walking in circles. Something to also consider for a home defense situation especially if your spouse is in the pre-arranged ‘safe area’ with the children along with a means of communication and their own means of defense.

We fired approximately 250 rounds ourselves afterward in clear weather and again in pouring rain with the S.T.U.D. in all three positions. As darkness fell, the S.T.U.D. not only lit up the open field but illuminated the tree line as well. Shooting steel plates in the pouring rain and in the dark using the S.T.U.D. is an experience which must be had to truly appreciate. The S.T.U.D. worked perfectly with barrels equipped with a simple gold bead front sight, ghost ring setup and the new Redfield Counterstrike Tactical Scope which we will also be reviewing very soon.

The inline positioning of both the S.T.U.D. and its coupler eliminates the bulky forends found on many. No cables or wire connections to snag and no pressure switches to break. Since many of these lights require gunsmithing knowledge and specialized tools to install, what happens when the pressure switch fails? When the side-mounted light catches on a door frame during an entry and gets torn right off the rail? Then what? No light.

There is one thing we thought you should know. The 3T Tactical Shotgun Tactical Ultra-Illumination Device is the ONLY weapon mounted illumination package that gives you an extra round!

The S.T.U.D. has successfully resolved every single drawback found with lighting systems which will cost you $300-$400 and will require tools and extensive knowledge to install. MSRP on the S.T.U.D. is only $214.95.

As a viewer and member of rem870.com, give us a call. Shoten Armory Tactical Support and make sure you mention where you saw it. You will get a nice discount. (443) 449-6558. If you are a member of law enforcement/military, we offer both discounts and multi-unit rates.

You can view the S.T.U.D. in action and see how easy it is to install and uninstall at: http://www.shotenarmory.com/3t-tactical.php though if you do choose to contact our Tactical Support Office directly at (443) 449-6558 you will get the rem870.com discount nd pricing for multiple units.