This actually happened with Mossberg shotgun which had the firing spring broken, but I have taken a photo to show you how light primer strike looks like: 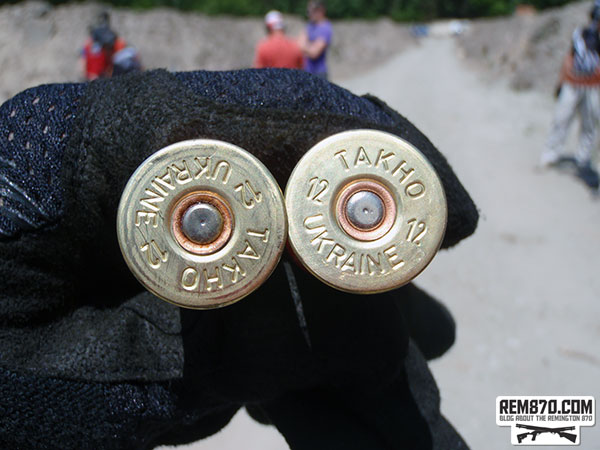 Have you ever tried to fire a loaded firearm, but nothing happened? It was probably due to light primer strike. This is when the primer inside the shell is lightly struck by the firing pin without being hard enough to ignite it. In other words, the shell does not fire and bullet does not come out of the barrel because the primer did not generate a big enough spark to ignite the gunpowder. This may be a new concept to anyone who has never fired a weapon before. Most people think you just cock the hammer back on the gun and pull the trigger. Once the hammer drops, there should be a huge bang that indicates a bullet was shot out. But if there is no huge bang after the hammer drops then it is light primer strike. You can easily verify this afterwards by checking the primer of the bullet for any markings or indentations. If there is a marking then it means the firing pin made light contact with it.

So why do light primer strikes occur in the first place? You have to understand that shells are all made differently. Some of them have hard primer and others have softer primer. The ammunition with softer primer has a greater chance of successfully firing than ammo with hard primer. That is why it is recommended to use Federal ammunition from the company Federal Premium Ammunition because they make their bullets with soft primer. People have praised the company for making bullets that reduced their chances of getting light primer strike after firing their weapon. This doesn’t just apply to handguns either because the same concept also applies to rifles. So if you are ever out hunting in the woods with your rifle and you want to successfully shoot your prey after you zone in on it, then you want to make sure there is no chance of a light primer strike or else you will miss the opportunity. So buying premium ammunition with soft primer from a reputable company is truly the way to go.

The other reason for light primer strike could be the age of your ammunition. A lot of the older ammo had sensitivity to cold weather conditions which would make it harder for the primer to spark and then ignite. But if you are purchasing modern ammo then you shouldn’t have this problem.

One more reason for light primer strike is an old hammer spring. If you see such marks on extracted shells which failed to fire, you need to check and replace hammer spring to fix this problem.