This is updated instruction about Remington 870 forend removal/installation. You will see more detailed step by step instruction and photos in better quality.

First of all, make sure that your shotgun is unloaded. Check both magazine tube and chamber, check visually and by touch.

The first thing you want to do when trying to replace the forend of your Remington 870 is to make sure the weapon is unloaded. You’ll want to check both the chamber and magazine tube by visually looking at them and by feeling around with your fingers. That way you can ensure that you don’t have any accidents during the process of replacing your forend. Next, you will need to gather the right tool for doing this job. There is a special forend removal tool that you can purchase at most gun stores, but if you have a pair of pliers then they will be fine.

Once you have your tool ready, you can begin by disassembling the shotgun and removing the forend from it. On the front side of the forend, there is a nut that you need to unscrew by using the pliers or a forend removal tool. Insert your tool in two of the nut’s notches to grip it properly. If you have any gun oil then you can apply that to the nut to make it easier to remove. This process should be easy if you have a newer Remington 870 because the nut hasn’t been on there for very long. However, if you have an older Remington 870 model then you may find the nut to be a little harder to unscrew. Try not to be too forceful when using your tool or else you could risk breaking the forend, especially if it is wooden. But if you have the right tools then you should be able to get the nut out of the forend. After the forend nut is removed, just slide off the forend and then slide on the new one. Now reverse the process by screwing the forend nut onto the front of the new forend and you are good to go.

It is rare for anyone to have problems with this process. Most people have newer Remington 870’s with easily removable forend nuts. The whole process of removing the nut sounds harder than it really is. If you need extra guidance then there are plenty of YouTube videos you can look up which give you visual demonstrations on the forend replacement process. They should help show you how easy this really is.

There are many special tools available to remove Remington 870 forend. If you have them it’s good but if you don’t have any forend removal tools you can use standard pliers.

How to Remove Remington 870 Forend

1. Disassemble Remington 870 and take out the forend.

2. There is a nut on the front of the forend. You need to unscrew it using forend removal tool or pliers (insert them in two notches on the nut). You can use some oil to make this process easier. This procedure is very simple on brand new shotguns and may be problematic on old ones, especially if forend nut was there for ages. 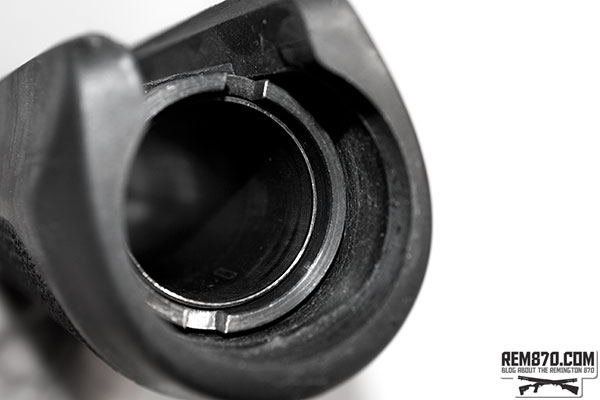 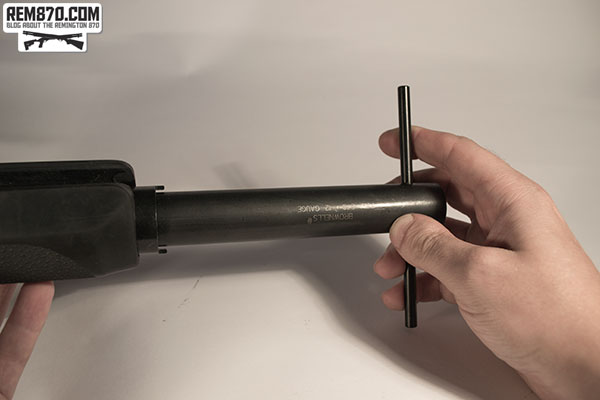 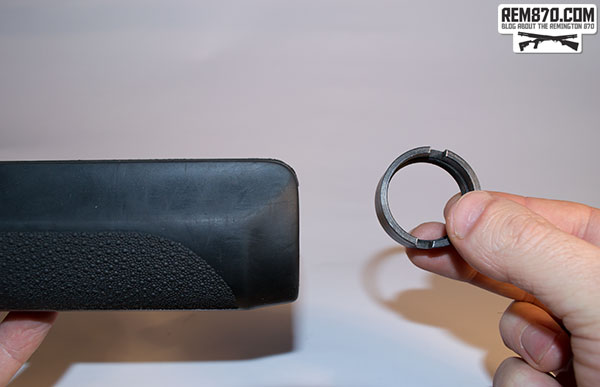 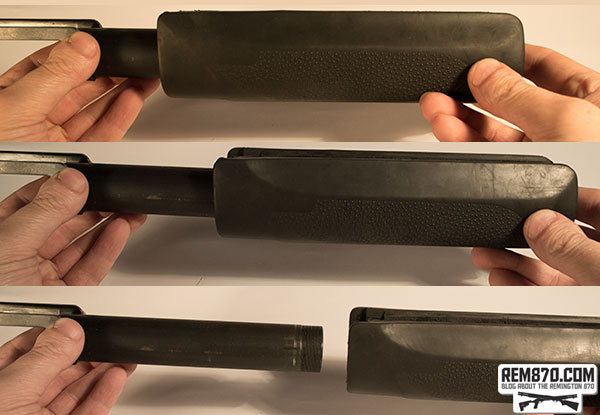 6. Slide on new forend and reverse the process.

The procedure is very easy, especially if there is no problems unscrewing the forend nut. Such problems are rare and I hope that you will do this easily.

Video above shows you how to replace the forend on Remington 870 shotgun.

It is possible to remove the Remington 870’s forend using pliers, but if you want a better tool you can select one of the specialty wrenches available on the market today:

It is recommended to have a special forend wrench to prevent damage to the forend or the forend nut. 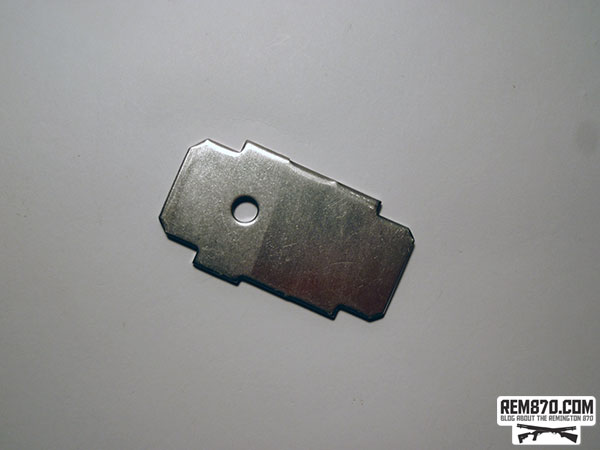 This tool is inexpensive and straight forward. The forend removal tool is small and compact, and can be easily carried with you. One side of this tool is used to remove the forend on Remington shotguns, while the second side is for Mossberg shotguns.

The tool has a hole, which allows you to insert a bar that you can turn in case your forend nut is stiff.

This is an entry level tool. 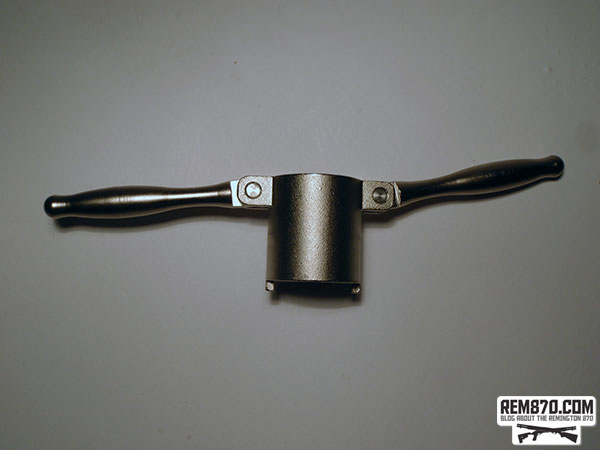 This tool is good, and can be used to remove/install a forend on both the Remington and Mossberg shotguns. It has handles, which are handy. It is not possible to fix the handles in an open position, but that’s not a big problem.

This is an intermediate level tool.

And last, but not least – Brownells Remington/Mossberg Forend Wrench 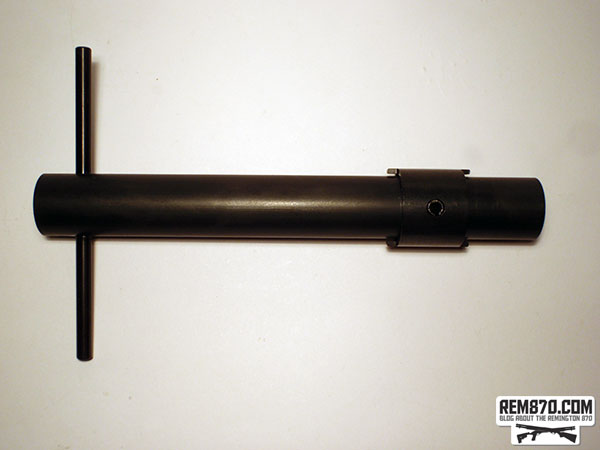 This gunsmith level tool is solid, comfortable, and well thought out. It is the most convenient tool currently available on the market. It is long, which enables you to have a good grip. It has fixed handles, allowing you to remove even the stiffest nut.

The material is solid and has a black coating.

One of the nice features about this wrench is that you get two sets of the wrench teeth; if one should ever break you can use the second set.

This is the best but the most expensive forend wrench. 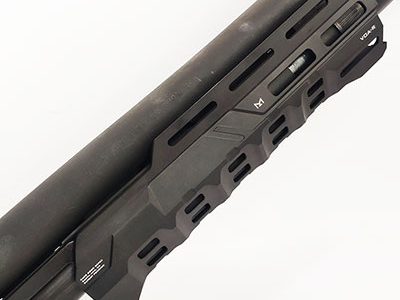