We were working on Close Quarters Combat skills. It was shooting from the hip to a target which was located very close. Also, we were shooting at automobile doors, car hood and bulletproof vest (level 3). We were using buckshot at those targets.

The results were predictable. Buckshot came through the targets. We have used slugs on bulletproof vest. The slug haven’t got through the armor plates but the powerful hit will damage person dramatically.

Several recommendations from instructors:
1. Experience of using shotguns in Iraq (particularly at checkpoints) has shown that the most effective way to load a magazine is to have two buckshot and one slug first.

2. It is recommended to use buckshot #4 (6.2 mm diameter) for homedefense. It has greater stopping power. But in the same time it doesn’t have penetration abilities. That means that you will not hurt innocent bystanders behind the walls.

3. Another recommendation for homedefense: have birdshot in your magazine first. It is better to have small pellets, #8-9. It has minimal chance of ricochet when warning shots fired in the air or in the ground. But birdshot is still very dangerous for offender at close distance.

Fourth stage is shooting slugs at a moving target 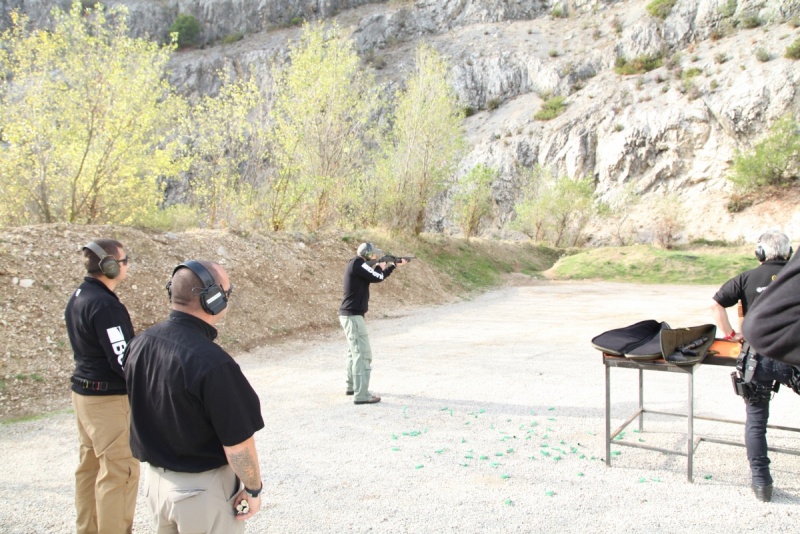 Fifth stage was very interesting
We were taken to the top shooting bay. Instructor was waiting for us there. His first question was surprising: “Can you hit a target from a smoothbore shotgun at distance of 100 meters? What about 200 meters?”

They gave us M4S90 equipped with Leupold optics and bipod. Ammunition used was Winchester HollowPoint. And we started long range shooting from shotguns. 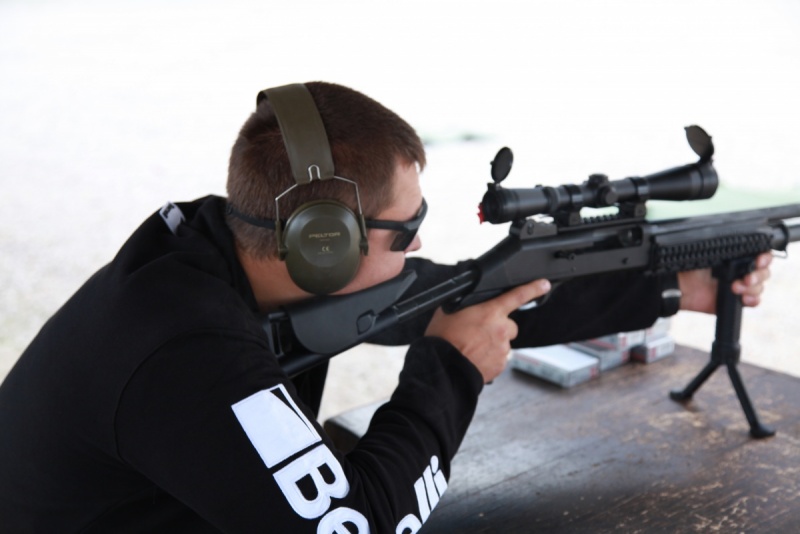 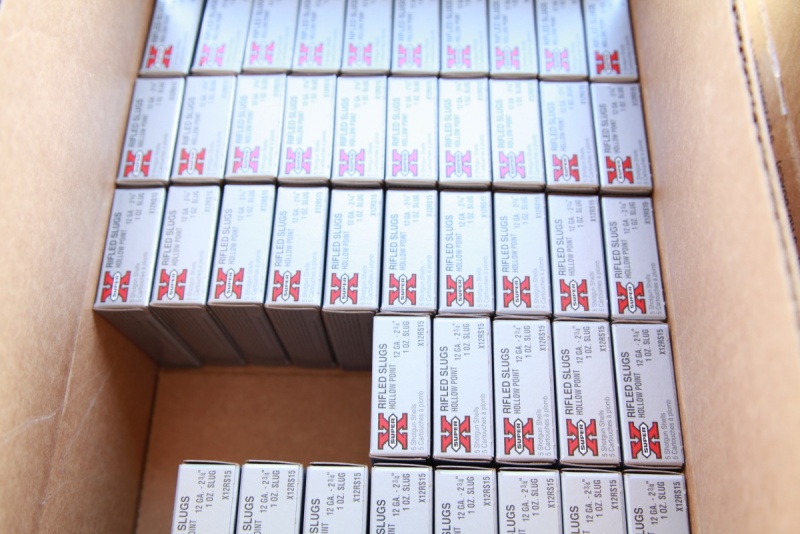 There were no problems hitting target at 50 and 75 meters using optics. It’s not as easy as shooting from a rifle but it was ok.

It becomes difficult at hundred meters. You need to aim approximately 1.3 meters above the target. But experienced shooter can have all slugs in a target.

We were lucky to have Spencer from Great Britain in our squad. He has served in SAS for 7 years. Spencer gave us a short lecture about ballistics, corrections and wind. The slug is heavy and slow and wind can affect its trajectory.

Spencer had good results at hitting target on 200 meters. But I think shooting shotgun at such distance is just check of the weapon features not practical shooting. I mean that now I know that I can hit a target on 200 meters from a shotgun with 47 cm barrel but will it be effective? 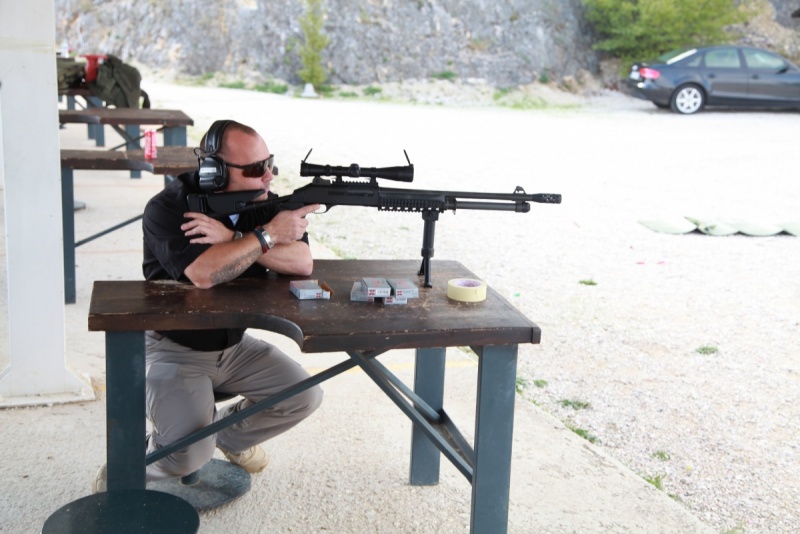 Benelli Shotgun with Optics and Bipod