This interview is a must read for any shooter or person interested in self defense. I have learned so many useful things from Peyton Quinn from Rocky Mountain Combat Applications Training.

After just a few such scenarios, and often in the very first one, the student immediately discovers the real problem in using a gun or even their bare hands effectively in a self-defense situation. And that it is not what they imagined it was before at all. They discover that it the ‘adrenal dump’ is the real problem and not ‘marksmanship‘, ‘accuracy‘, their weapon or the accessories on it, their load or anything else.

Now these ’performance negative’ adrenal affects will occur with anybody whose amygdalate (the lower non-self aware part of the brain) has been triggered and then causes the release the adrenal complex.

On the other hand, the adrenal dump can actually serve a good survival purpose for us once we learn to manage it. Indeed, it has been of great survival value for our species for hundreds or thousands of years and that is why we all have it ‘hard-wired’ into us and is involuntary too.

But since most people have never been in a ‘life and death’ situation they are most often overcome by the unfamiliar and disorienting adrenal dump, that is rather than being able to make use its great life saving power.

My guess is that an automobile accident is the most common ‘adrenal dump’ experience that perhaps most people can relate too.

OK though, the good news is that since we are indeed dealing with ‘involuntary actions’ with the adrenal dump, a properly constructed and executed scenario can engage (and with about 99% reliability) that full adrenal dump in anyone. We have been doing this at RMCAT for almost 25 years now so I know I can make that statement with the highest level of confidence. Since we can elicit this biochemistry try in training, we can also learn to handle it effectively through such training as long as that training truly does engage that adrenal rush in us.

The biochemistry is the same really in either case, that is a real assault or one that your lower brain has determined is an actual assault as the ‘body does not know the difference‘.

In a correctly executed ‘scenario based training’ that adrenal reaction will reliably occur because it is involuntary and thus it can be elicited by the visual and auditory elements of that scenario.

Then, you can experience it and learn to perform correctly in that biochemical environment and in that mental state.

Now this is not to say that such training as martial arts or target shooting has no value, it does have value. It is simply that such training is missing this essential adrenal stress conditioning component and is thus, by itself alone, critically incomplete preparation for a real encounter.

Peyton Quinn: This is a very good question and I want the readers to really ‘get this’ too. Most of our firearms scenarios are done in low light since most actual ‘shooting incidents’ occur in low light. In the final set of scenarios they have real guns firing low velocity soft rubber bullets at the instructors who might be shooting back or attacking with clubs or edged weapons.

The instructors use ‘Hollywood blank gun’s only. But they are very loud and very real as the student sees the muzzle flash and hears the report just as if he or she was being fired on. This is very important too and here is why.

If someone is trying to kill you, be it with a  gun, hatchet or whatever, your brain will not allow you to look at anything but the threat itself and you will have tunnel vision too.

Everyone who takes then course, no mater what they think or believe when they first come in  here about ‘aimed fire’ vs. ‘point shooting’ discovers they can’t use the sights of the pistol or shotgun when under the stress of the scenarios. They can only keep both eyes wide open and on the attacker and not on any weapons sights at all.

They often say to me “Dam, I wasn’t even conscious the gun had sights on it… it just did not occur to me”. This is all just human physiology really.

After 23 years of doing this training there have been so many students discover this and some of them arrive here as totally dedicated ’aimed fire only’ thinkers, and many have taken courses very large and celebrated ‘aimed fire only’ training schools too where “point shooting‘ is considered ‘strictly taboo‘, and “blasphemy’ and useless and even ‘dangerous‘.

But there has yet to be even one exception in those two decades plus of any attendant here that that was able to use aimed fire, or the sights at all in the main, low light adrenal stress driven gun scenarios.

So it is not just my academic study of human physiology that tells me that you need to develop confidence in your ‘point shooting skills’. The fact is that ‘point shooting’ is likely all you will ever have in a crisis.

Most real shooting happen at every closer range too as in 5 feet or so. But after we run them through the point shooting drill sequences everyone can draw and fire in low light and not use the sights or pause even an instant to do so and still hit center of mass on a moving attacker with the handgun out to 25 feet or so. And I mean everyone.

This is partly through using the ‘tunnel vision’ affect that the adrenal rush of the scenario elicits too.

AIMED FIRE HAS A PLACE TOO AND MUST ALSO BE MASTERED

Now does aimed fire have a place? Yes, of course it does and that place is precisely when you are able to use it too. And that is when you are not under the direct threat of death yourself but you must kill someone who is threatening to or actually killing others.

In the hostage scenario, such as the home invader has a knife or gun to your wife’s throat demanding you drop you weapon, people can often aim their shots since they are not under the threat. We work through an ‘opening negotiation’ moment and ‘plea’ to engage the higher brain centers of the hostage takers and simultaneously we move to shoot him in the head with aimed fire.

When the ‘Madman Gunman’ suddenly appears shooting all the students at random who maybe sitting in chairs for example, then the video shows pretty much that if the ‘madman’ is not shooting directly at the student who draws and kills him, then aimed fire is used or partially used. But if the ‘Mad Gunman’ is shooting at the student too or about to shoot him then ‘point shooting’ is all we see from the student.

Click here to read the 2nd part of the interview… 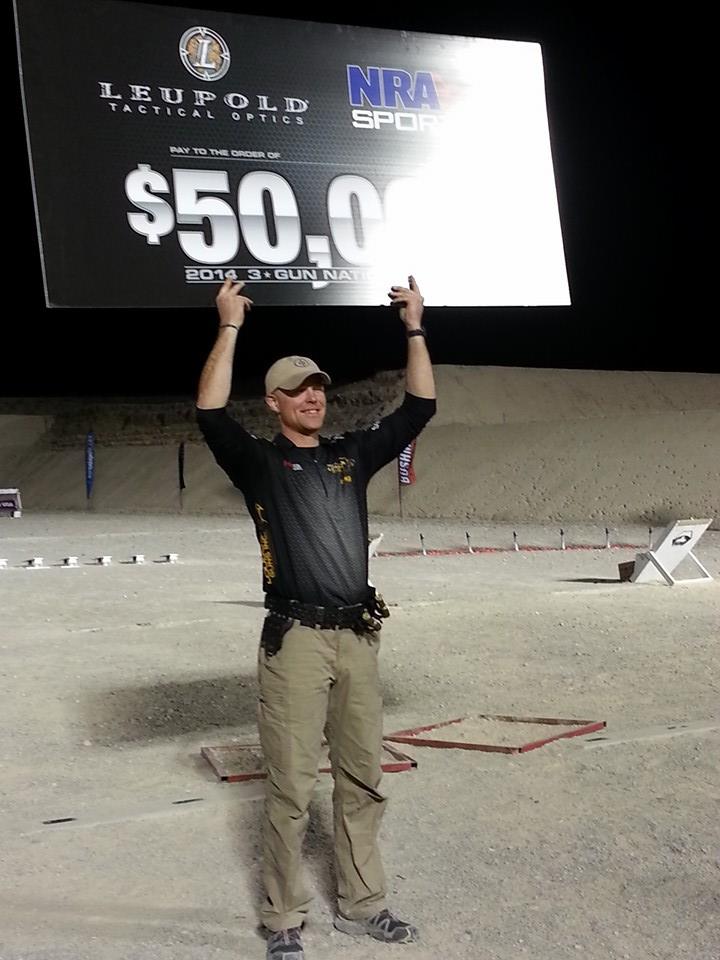