This flashlight is powerful and really compact. You won’t believe it, but it has 600 lumens! This flashlight is extremely bright! It is obvious that this flashlight was built with the handgun in mind. It is as small and possible and adds almost no weight to your gun. But Olight PL-Mini 2 Valkyrie is made of aluminum making it really rigid.

The controls are straightforward to use. It can be used with both left and right hands. Pressing and holding the switch activates the momentary on mode, when you depress the switch, the flashlight turns off. That is a good mode for checking the house for a threat without showing off your position. Single switch click activates the constant on mode.

Ease of use on both sides of the gun is a very important feature for a home defense scenario. Many shooters practice to shoot with just one hand to be ready for the worst scenario when one hand is wounded during the gungfight. 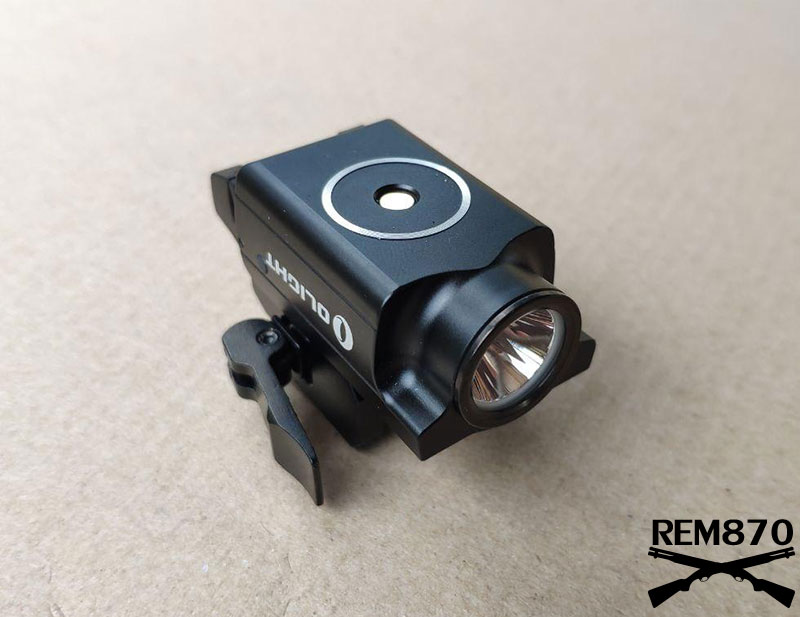 PL-Mini 2 Valkyrie can be charged without removal from a handgun. You just connect the magnetic USB cable directly to the flashlight. That is extremely easy. But if you want to remove the flashlight, it will take only few seconds thanks to the integrated quick-release mount.

There is another feature of the magnetic charging; it is possible to attach the flashlight to a metal surface if needed easily.

Rechargeable battery means less headache replacing the batteries. Magnetic charger is really convenient. That is one of my favorite features of this flashlight! 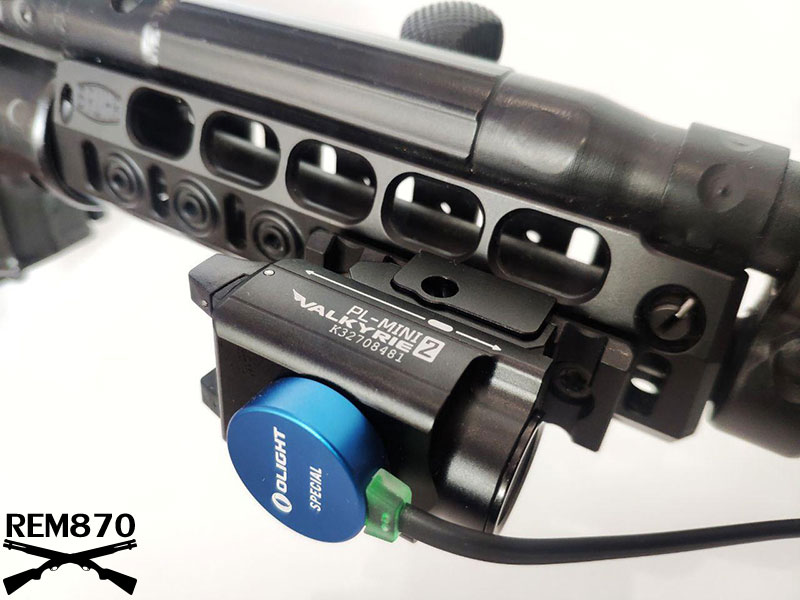 One exciting feature which is not common for other flashlights is an adjustable rail. It is possible to slide the flashlight back and forth on a rail. That makes flashlight compatible with many handguns.

Patented slide enables gun owner to install it on almost any hadngun including sub compacts. 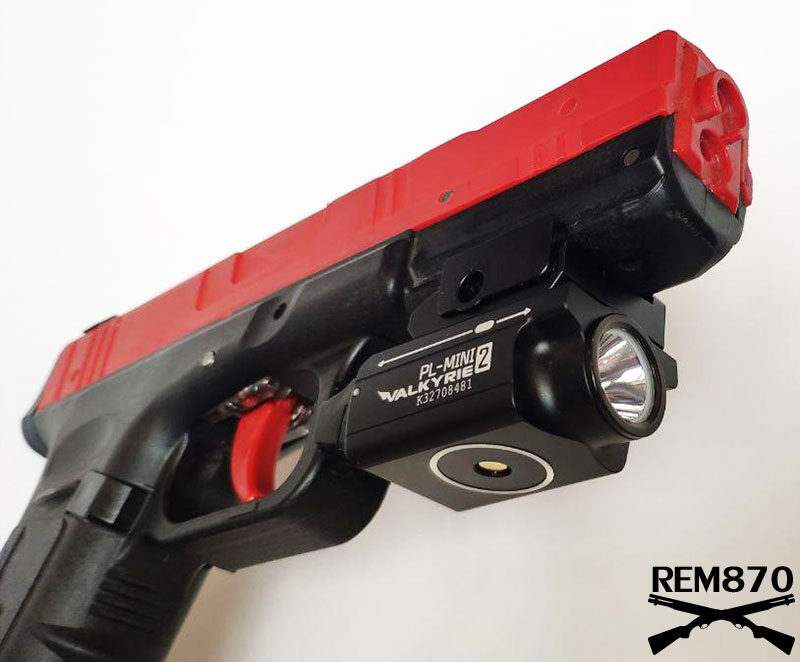 PL-Mini 2 Valkyrie is compatible with Glock and Picatinny rails. Glock adapter is installed and an adapter for other rails is included.

This flahslight is extremely popular among shooters where I live. They use flashlight on different handguns without any problems. Why Olight Valkyrie 2 PL-Mini became that popular? There are several reasons for that:
1. Affordable. Just $89.95 which is not much for a tactical flashlight.
2. Compact. The most compact flashlight I’ve ever seen.
3. Light. Just 73 g (2.57 oz)!
4. Reliable.
5. Bright. 600 lumens!

Olight PL-Mini 2 Valkyrie is perfect for your EDC handgun.

This flashlight can be effectively used on long guns too. Of course, you may want to install a more powerful Olight flashlight for firearms like Valkyrie or Baldr, but Mini Valkyrie is the smallest one.

It looks like a good idea to install this flashlight if your long gun will be used mostly indoors and you are looking for the most compact solution. But keep in mind that flashlight’s controls are the best suited for handgun not long gun.

I have tested it on MP5 and AR-15 Rifle. It works well and can work under recoil.
This flashlight is really bright and perfect for indoor use. I was impressed by its power and brightness. 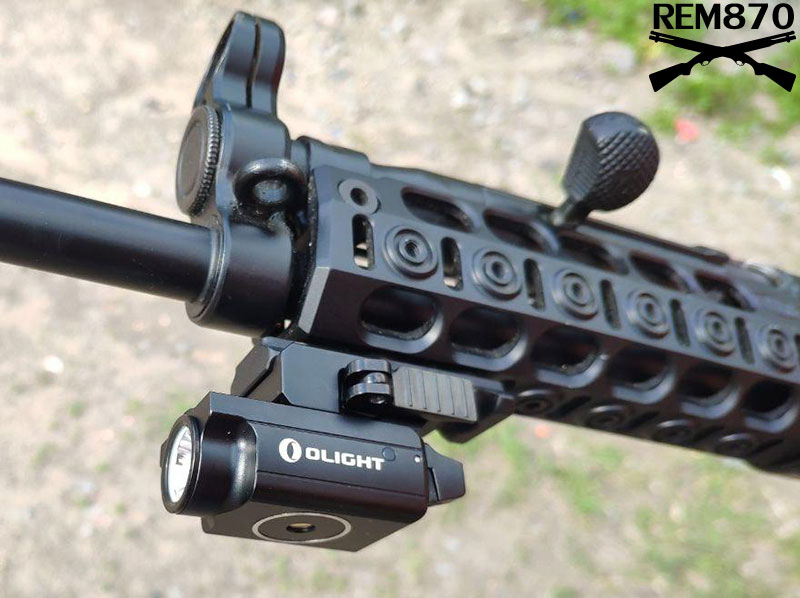 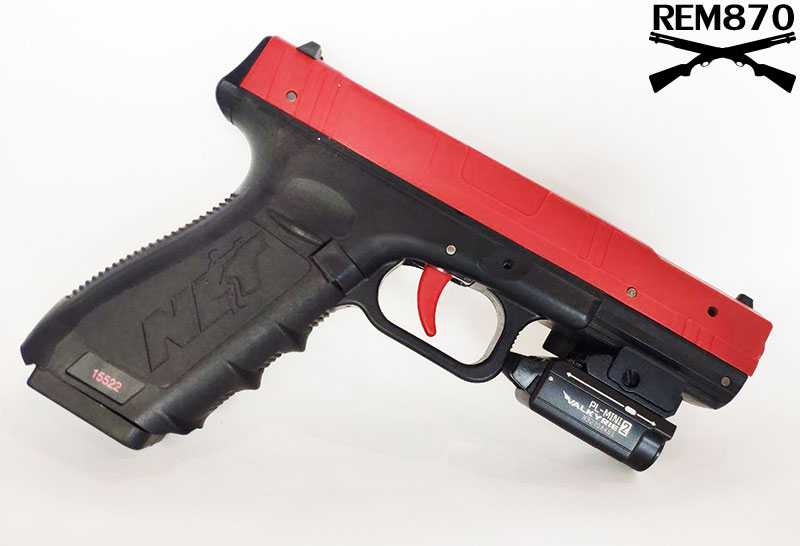 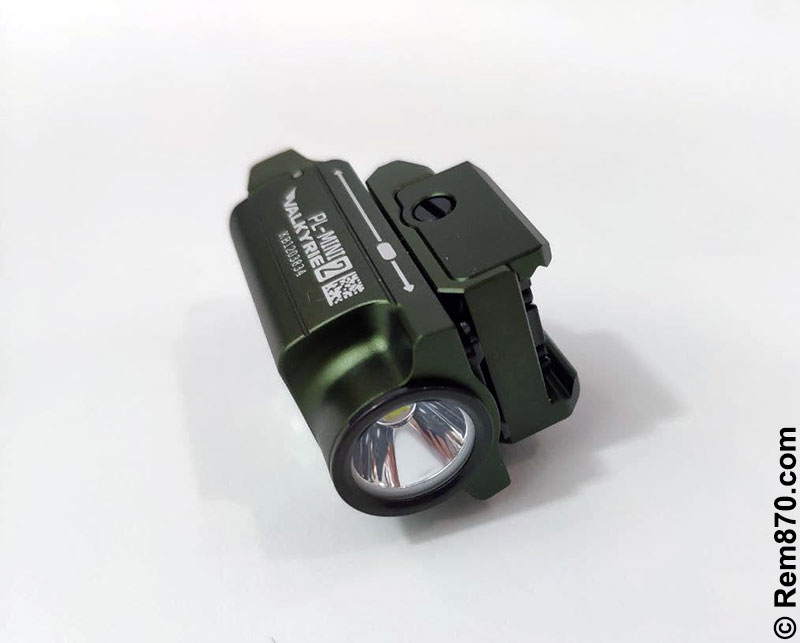 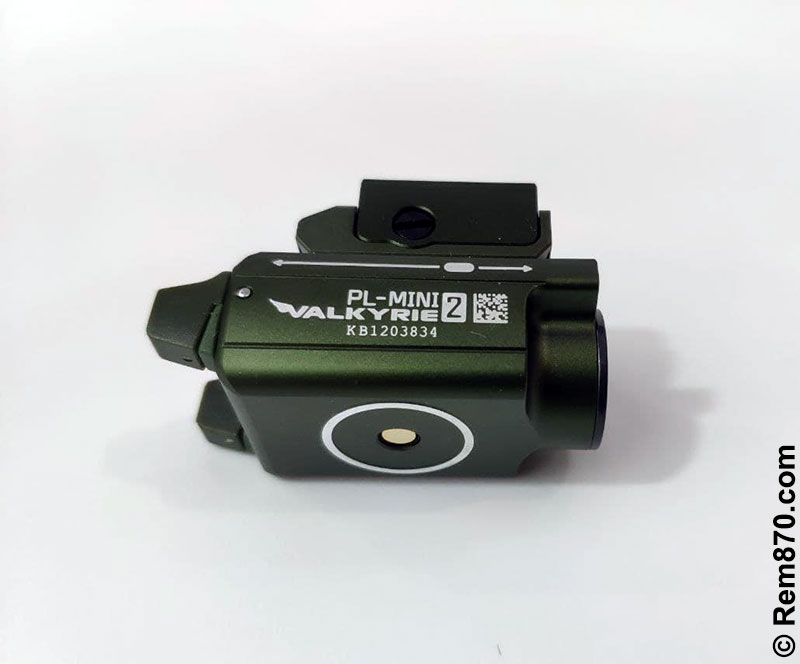 One of the best handgun flashlights

This flashlight is highly recommended for handguns. Though, I would choose full size Valkyrie or Baldr for long guns.

This flashlight is popular, inexpensive, compact, lightweight and easy to use. 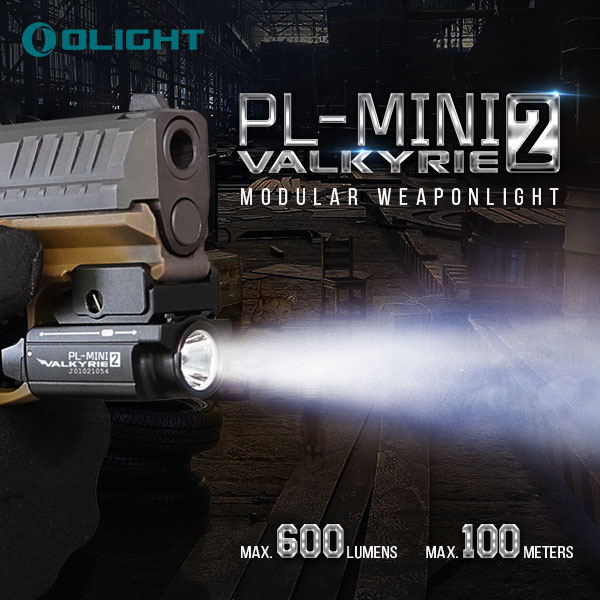