It is interesting that semi-automatic shotguns with detachable box magazines are quite common (Vepr-12, Fostech Origin 12, Saiga-12), even though they are rare options for pump-action shotguns. There are several shotgun models available, such as the Remington 870 DM (USA), Mossberg 590M (USA) and Hatsan Raider (Turkey). Remington even had a pump rifle (Remington 7600), which was designed to accept ordinary AR-15 magazines, before they designed the Remington 870 DM.

The Remington 870 DM, where DM stands for “Detachable Magazines,” is a new version of the good old Remington 870 pump shotgun. Please note that it has a detachable magazine which enables the operator to load their shotgun fast.

Remington made some changes to the 870 platform:
-Added a magwell.
-Modified the super magnum bolt.
-Modified the trigger group.
-The tubular magazine tube is not functional, and it works a guide for the slide.
-Designed 3 and 6-round removable box magazine

The interesting thing is that the Remington 870 DM comes with a super magnum bolt and a regular barrel with a 3-inch chamber.

According to Remington, they fired 100,000 rounds to test the new version, and it works perfectly. The new shotgun looks like a completely finished product with the same quality that Remington is known for. 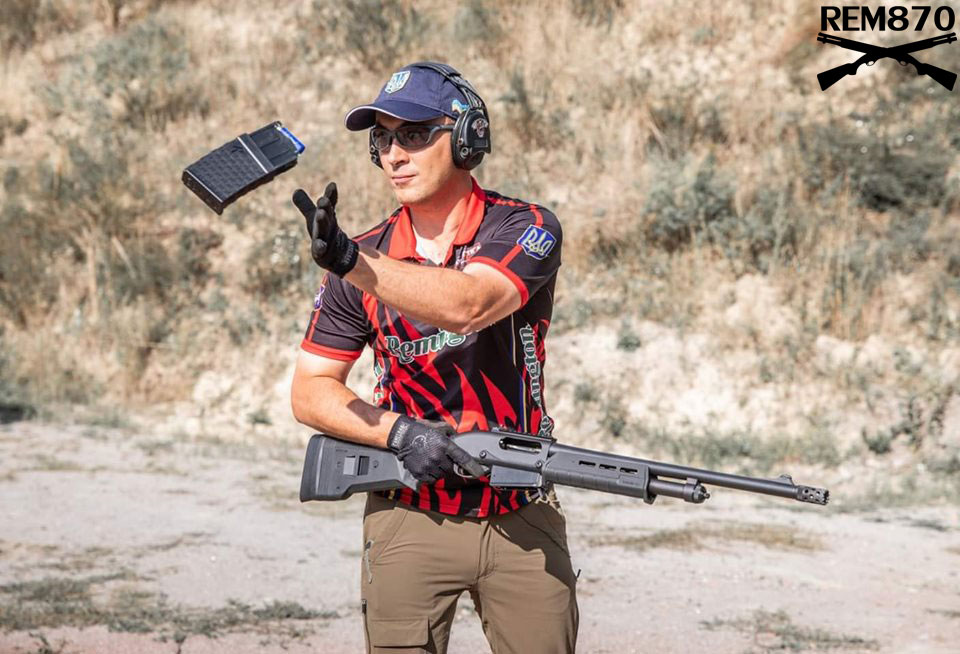 It is the good old Remington 870, but with some additional parts. It is an interesting feeling when you hold the same pump you have, but now with a removable box magazine included. It is still easy to use and operate, but I had some issues pumping it. I will tell you about them a little later.

The magwell is made of aluminum and has some kind of coating. There will be some scratches for sure, but that is not a problem. The magwell is attached by some big bolts. Therefore, you will have to remove the magwell for cleaning and maintenance by removing the bolts first. The magazine release is in the front of the magwell. Some people don’t think it is very convenient and say that it can be accidentally actuated, but I didn’t have any problems with it.

Loading is easy because you just insert the magazine, which makes everything simple. The magazine release is a little stiff, so you need to pull the magazine at a certain angle.

All the other upgrades, such as the stocks, forends, heatshields, sights, and barrels, can be installed on the Remington 870 DM. You can even get this shotgun with the Magpul furniture already installed.

The standard tubular magazine tube is empty inside, and you can even store something there. Just make sure to put some kind of plug there or even a standard magazine follower. That way, the contents of the tube won’t fall off from it.

There is enough space for some parts, simple tools or a cleaning kit (e.g. a small bottle of oil and a bore snake, at least). 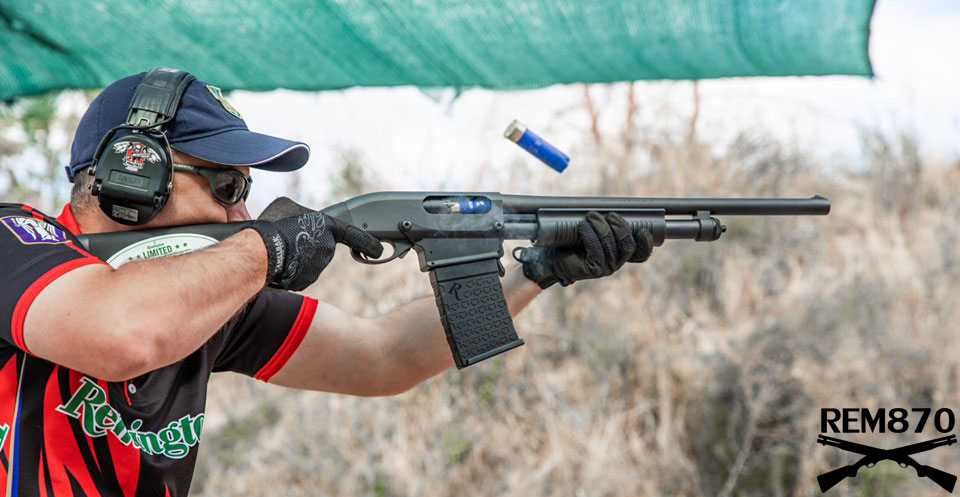 The box magazine is an extremely useful feature for a beginner who needs to learn how to use a shotgun. It is much faster and simpler to load a magazine than to load a tubular magazine tube.
Another advantage is the ease of selecting the type of ammunition. You can have several magazines with different types of ammo, such as birdshot, buckshot and slugs, or even less-lethal ammunition and be able to quickly choose the one you need at that moment.

It is extremely important to have a proper Length of Pull with the Remington 870 DM. I haven’t seen this in other reviews, but it is possible to smash your hand between the forend and magwell if you hold the forend too close. That is why you need to be careful and hold the forend a little farther away, especially if you have the Magpul version.

Only 3 and 6-round magazines are available. I wish they had more choices because it would be great to have more rounds. The 10-round magazine would be perfect.
One of the most popular questions is about the possibility of adding a magwell to the standard Remington 870. No, there’s no way of buying and adding a magwell kit to your 870 because the receiver is machined differently, and there are several other differences which make this impossible. 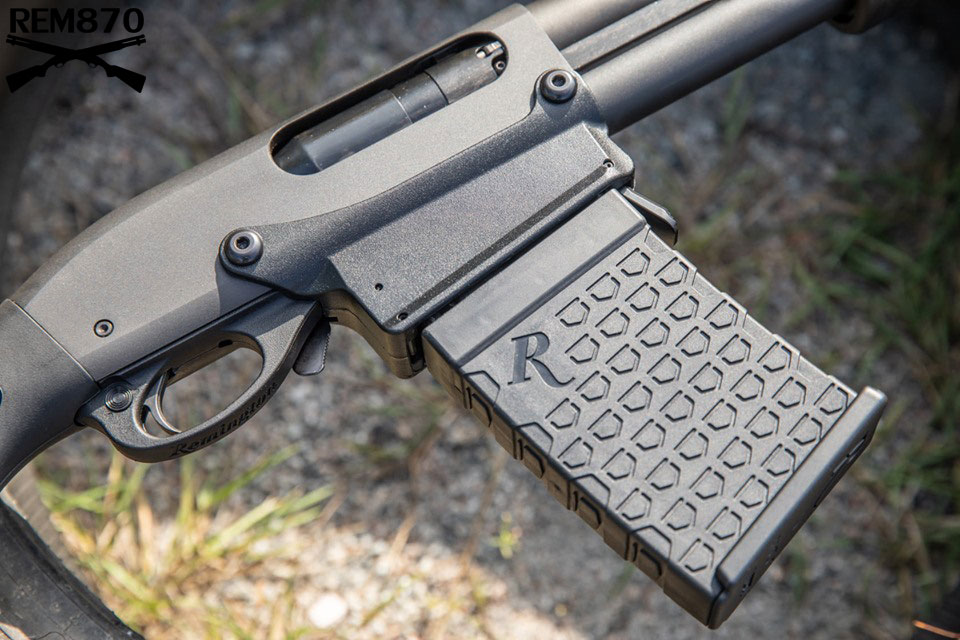 One of the popular questions is about possibility to add a magwell to the standard Remington 870. No, there’s no way buying and adding a magwell kit to your 870, the receiver is machined differently and there are several other differences which make this impossible.

Still, I am a fan of the classic tubular magazine Remington 870. I like the DM, it was fun to shoot it, and I am sure that it will find some fans around the world. I think that this shotgun is a great home-defense tool and a good toy to try out on the range. But I’d really love to see the Versa Max, 1100 or V3 with a box magazine too!