If you own a 12-gauge shotgun then chances are that it is either a pump-action shotgun or a semi-automatic shotgun. Both types of shotguns can do significant damage to the target it hits. However, like all firearms, they are quite loud and could possibly scare away other potential living targets. As for those in a combat situation, shooting a shotgun could alert additional enemy forces of your whereabouts. For this reason, you would need a silencer attachment for your shotgun to prevent those loud sounds from being made. 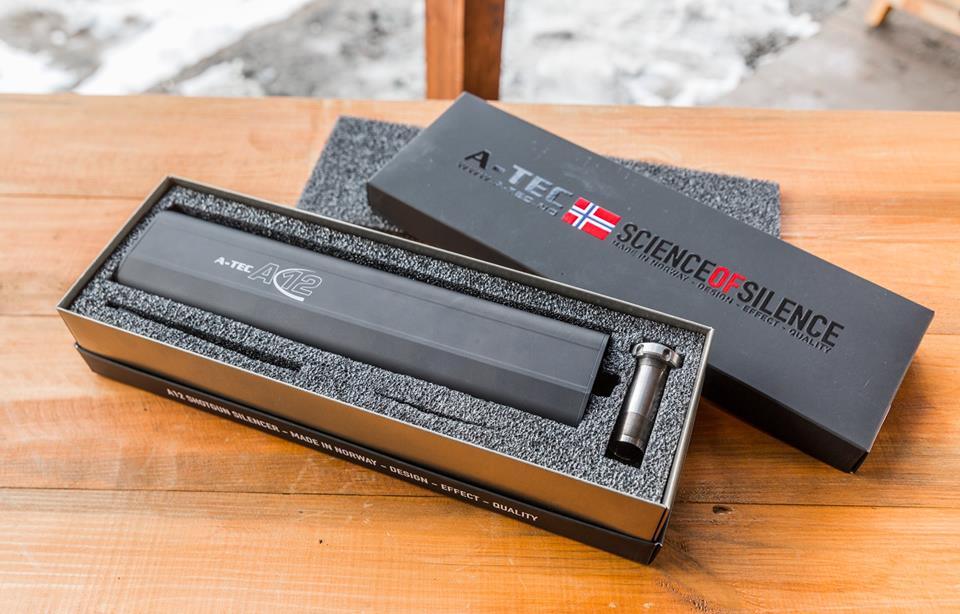 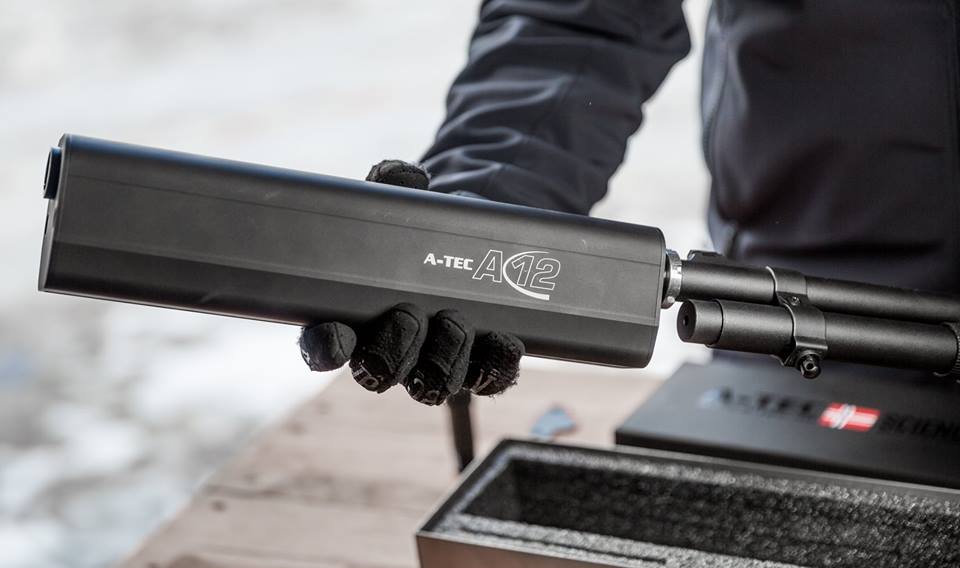 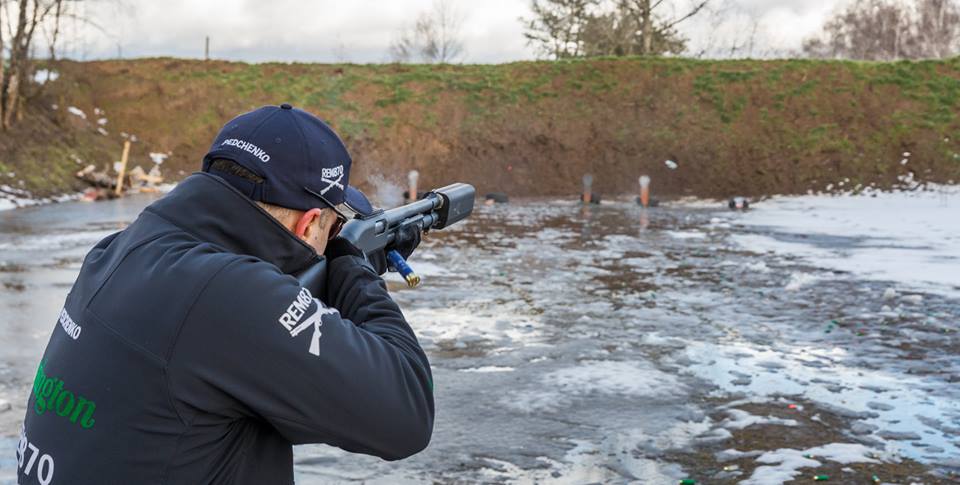 The A-Tec A12 Shotgun Silencer is designed to work with any semi-automatic or pump-action shotgun. It will be easy to fit the silencer onto your shotgun as well. If you know how to install a choke into the bore of your shotgun’s barrel, then you already know how to install the A-Tec A12 Shotgun Silencer. It comes with a modified choke where one end of the choke goes into the bore and the other end attaches to the silencer. Then, when you start shooting your shotgun, the sound of the shots will be significantly reduced.

To give you an indication of how much quieter these sounds will be, let’s examine the sound level according to decibels. The average decibel level of a shotgun firing with this silencer attached is between 19.2 decibels and 20.1 decibels. If a shotgun were to shoot normally without a silencer, the decibel level would be around 155 decibels. Doctors will tell you that exposure to sounds with a decibel level of over 140 will eventually cause permanent damage to your hearing ability. A 20-decibel level is comfortable even without earmuffs. So, even if you are a recreational shooter who is not worried about alerting enemy forces, it will still be beneficial to have the A-Tec A12 Shotgun Silencer in order to prevent hearing loss.

The A-Tec A12 Shotgun Silencer comes from Norway. It is priced at NOK 3,996.00, which is the Norwegian currency. This converts to roughly $513 to those in the United States. The weight of the silencer is 560 grams and it will add an extra 300 millimeters to the length of your weapon.

It can be used only with wadded birdshot ammunition. You can’t use slugs with it. Tested it with Remington 870 Tactical. Removed the breacher choke and installed the silencer in several minutes. It does add some weight but it was not too heavy for me. Awesome range toy, I really enjoyed testing it.

The standard modified choke that comes with the silencer works as adapter, there are adapter chokes available which are made for specific shotgun models. Some examples of chokes available are for Remington 870, Remington 1100, Beretta Optima HP, Browning Invector Plus, and Benelli Crio Plus.

Everyone has heard of handgun silencers. If you’ve ever seen a movie about the Mafia or a classic James Bond movie then you are probably familiar with what they are. The very first silencer was actually made over a hundred years ago. The basic function of a silencer is to suppress the loud sound that a firearm makes after you shoot it. Even though it is called a silencer, it is not completely silent when you shoot a weapon with a silencer on it. That is why silencers are really sound suppressors for firearms. 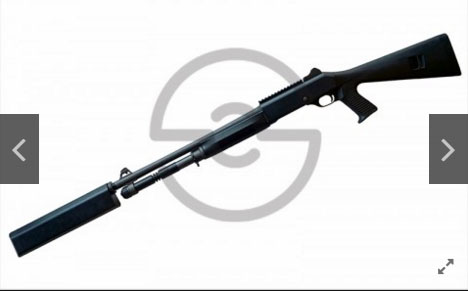 Up until a few years ago, there was never a silencer made for a shotgun. Since shotguns are louder and more powerful, it didn’t seem like a silencer could ever be made for it. This all changed in 2014 when a company named “SilencerCo” introduced the very first shotgun silencer to the consumer marketplace called the “Salvo 12.” This is the first commercial shotgun silencer that was built through advancements gun technology and engineering. The great thing about the Salvo 12 is that it has been crafted to work with almost all types of shotguns and ammunition. It will even work with pump action shotguns and semi automatic shotguns as well. The reason why this silencer works with various models is because of its modularity. That’s right you can actually modify sections of the silencer to balance the amount of suppressed sound and to adjust to the right length and weight of your shotgun. There are choke mounts available as well to help you do this.

Since the Salvo 12 can adapt to virtually any shotgun, it is the perfect silencer for hunting, self defense or target shooting. The total length of the Salvo 12 is 12 inches. As for its sound suppression ability, sound from the shotgun can be reduced to 136.8 dB. According to the Occupational Safety and Health Administration, the threshold for safe hearing is 140 dB. Anything higher than that is considered to be dangerous for people’s ear drums. So this silencer brings the sound of shotgun blasts just below the safety threshold. On top of all this, you may also notice a reduction in the recoil that you feel after you shoot the shotgun with the Salvo 12 on the muzzle. Therefore, shotgun silencers are definitely something to try out because they definitely make the experience of shooting a shotgun more pleasant. 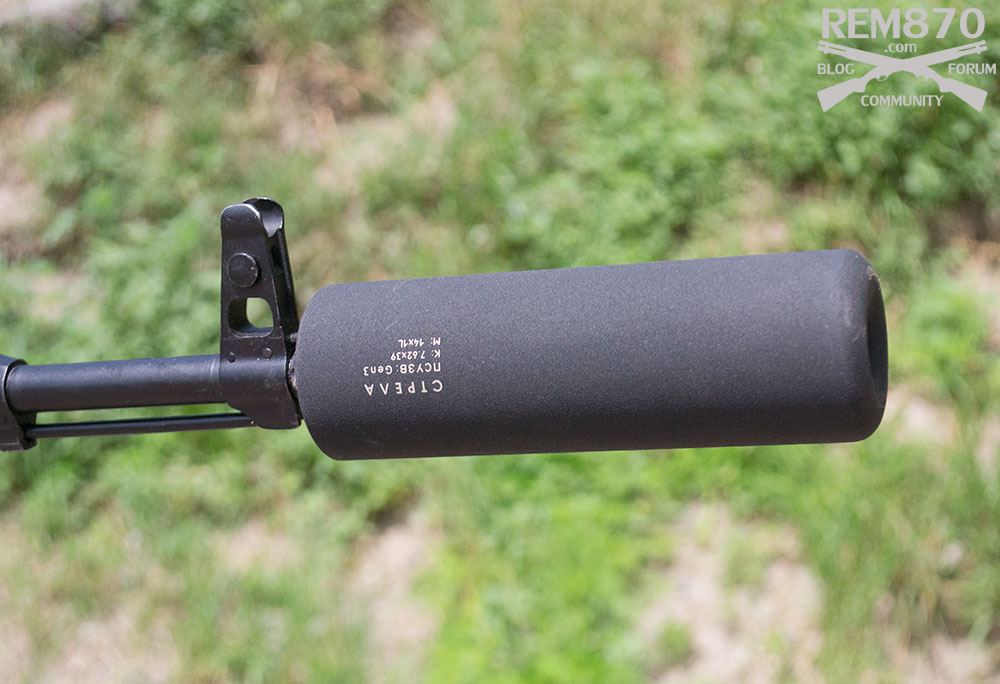