Evolution of the Remington 870 breech bolt and slide assembly

This is more of a “here’s what I’ve observed” post than a how-to or an open ended question.

While researching all of the parts involved in the “flexi-tab conversion” for an older Wingmaster I learned that there is more involved than just switching the shell carrier to the new flexi-tab one. As I understand now, there can be up to four parts involved. I’ve listed them below along with their corresponding parts diagram number

I found that the various 870s that I have access to cover a surprising number of variations in these parts and so I have prepared a series of photos to document what I observed.

To get things started, here are some side-by-side photos of the variations I have noted. 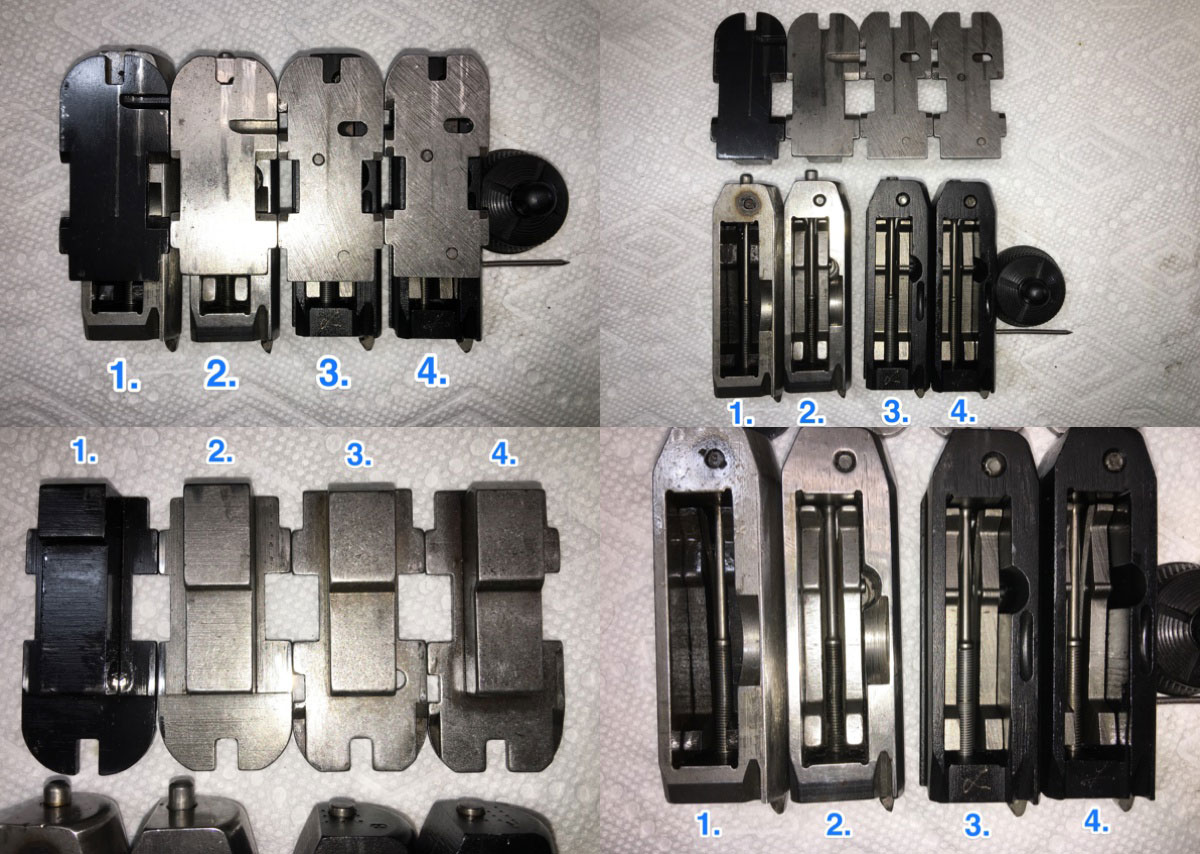 Evolution of the Remington 870 breech bolt and slide assembly