Why the Remington 870 Is Better Than the Mossberg 500

Solid, rugged and dependable comes to mind when you think of Remington 870. The Mossberg 500 however, has an aluminum receiver and a plastic trigger guard, and safety lever, both of
which have to be replaced if used for military or law enforcement purposes. Anyone using the Mossberg 500 for any tactical situation would need to replace the plastic components with metal ones. 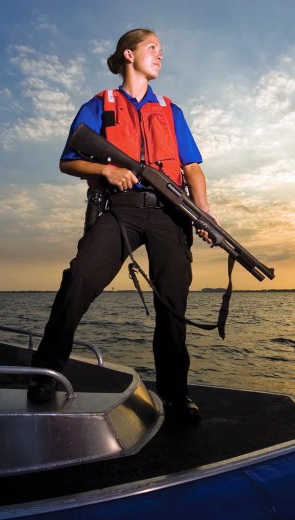 The safety lever on the Mossberg 500 is positioned in such a manner that it is possible that the safety can be manipulated if caught on an object. During rough handling, the safety could be struck or caught on something such as clothing, tree branches and so on.

The Remington 870 comes from the factory ready for any combat, law enforcement and military situation. Picking up the 870, you feel the extra weight and it is comforting, compared to the 500.

You want a solid gun that can take some abuse in the field.

The Mossberg 500’s forearm rattles after the weapon has been fired a few times, which is not only aggravating, it can be dangerous in some situations where noise can give away your
position.

Over 10 million Remington 870’s have been manufactured since it was first introduced and Remington currently holds the largest market share. The Remington 870 is sold for sporting,
hunting, home defense and is used by military and law enforcement agencies around the world.

The Mossberg while not cheap in price can feel that way when you pick the weapon up because more components are made of plastic and other composite material to make the weapon lighter.

The Mossberg 500 may have been lightened to the point where the weapon has become less efficient and dependable.

The Mossberg 500 while it comes with a greater shell capacity in a tubular magazine you cannot add an extension without purchasing a new barrel. The magazine and barrel are connected
together and cannot be independently removed or replaced. It is understandable that upgrades will cost money, but not having the ability to upgrade shell capacity without considerable expense is a negative aspect of any shotgun.

The steel receiver on the Remington 870 is a plus for many shooters because of safety issues.

Aluminum is simply not as hard as steel and thus can be broken or damaged easier under rough handling. Why are a steel receiver and a heavier shotgun better overall? Aluminum can pit, tarnish and in some cases, the finish over an aluminum piece will flake off easier.

Weight helps to manage recoil especially when firing 12-gauge shells. Combining the traditional wooden stock with a steel receiver and trigger guards the Remington 870 is solid and well-balanced shotgun that will help anyone manage recoil.