1. Some people prepared based on disasters in the past and some soon realized what had happened in the past is no indication of what happens in the future, the future had arrived with destructive winds and tidal surges beyond anything the present generation had ever seen.

2. Make sure you have emergency contact numbers at the ready along with your children’s schools, spouse’s work place, and know what to expect from your city government. Governments are staffed by people just like you and during a disaster they are looking out for their families just like you are, so the lesson learned is that governments rely on people as much as people rely on them.

3. Many have realized that even with today’s technology, experts can only predict where and when a storm makes landfall, and that they cannot predict the effects and the destructiveness once it makes landfall.

4. Citizens and governments have learned just how much they rely on electricity, fossil fuels, their cell phones and a city’s infrastructure.

5. Many are now finding out that being prepared even if it was not enough is far better that not preparing at all.

What is the government’s role?

There are questions about the role of a government and its citizenry in times of disaster.

“Generators were soon underwater and became useless, and vital supplies were swept away because of higher than expected storm surges.”

Even those prepared were not prepared for the magnitude of the storm. Generators were soon underwater and became useless, and vital supplies were swept away because of higher than expected storm surges. Some prepared for the worst and hoped for the best and yet, it was not near enough. As survival experts have been saying for years, you do not prepare for the unexpected, you prepare for the expected because, it is not a matter of if, but simply a matter of when a disaster of this magnitude strikes, disaster struck and caught many off guard to include the government.

It is obvious the country’s infrastructure is not designed to withstand a disaster. The electrical grid collapsed causing a domino effect, and the extent of the damage to the infrastructure is still not clear. Some predict it may be weeks or longer before all power is restored and streets will be cleared for traffic.

City owned generators, sat idle waiting on someone to give the ok, because of regulations on their use. City authorities had to prioritize resources such as emergency responders, law enforcement and people to run the government, and soon citizens realized that during a disaster they are low on the list of priorities.

People convince themselves that they can handle things as they come up, yet they will stand in line for hours hoping for a drop of gas, or sit idling in their cars hoping they do not run out of gas waiting in miles long lines of vehicles. The only way you can handle things as they come up is by having some idea of what to expect and preparing for all the expected problems. You should know without thinking that once the power goes out your food will spoil in the refrigerator and gas pumps will not operate, you would not be able to drive or access money, cell towers will be down and the Internet a blank screen. There are things you can prepare for, and waiting on the government to pass out free gas is not the way to prepare.

Throwing a tarp over your generator and shoving it under the house or in the tool shed until disaster strikes is not being prepared.

Now there will be a debate on the government’s responsibility and response as well as what is a citizens responsibility, and who pays for what. Now the fight with homeowners insurance companies begin. The homeowners believe one thing while the fine print says another. One lesson learned is to know what your insurance covers and what it does not. Do you have flood insurance even when the flooding is caused by a storm surge? How much should the government pay because of their lack of readiness and did they somehow make the destruction much worse because of that failure.

One other lesson learned is that being prepared can dramatically increase your chances of survival, this includes citizens and the government.

Preparedness is essential to weather the storm and the aftermath. The most recent hurricane that struck the eastern seaboard is an example of how the aftermath and the effects of the storm can linger for days and even weeks.

For more information about emergency management and what procedures your city or state has in place to deal with a disaster please visit http://www.fema.gov

Getting Yourself and Property Ready for a Hurricane

Once you know a storm is headed your way is not the ideal time to begin preparations. You should expect seasonal storms and you should be preparing in the months and weeks leading up to the storm season. Trying to purchase supplies and materials in the hours before the disaster strikes can be an economic burden and it may mean you cannot get what you need because the stores have run out of supplies. 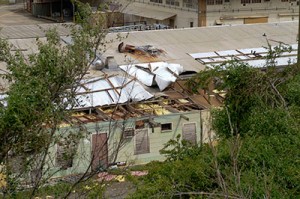 Look to your home and do what you can to secure it by covering windows and in particular sliding glass doors. Flying glass and other debris causes the majority of injuries during disasters. Make sure outdoor furniture is secured or moved inside, to prevent loss and to keep it from flying into your home causing damage. Rising floodwaters can be gradual or in the case of hurricane sandy, homes can be underwater in a matter of minutes. Even if you relocated to the upper floors, your home may be swept off its foundation. Have emergency supplies packed in backpacks so they can be carried easily, so if you do lose your home to floodwaters or you have to evacuate you can erect temporary shelters. Make sure you know how to shut your main gas line off at the meter and that you have the proper tools.

1. Having tents and tarps for emergency shelter is important, along with propane heaters and camp stoves for heating food. Have at a minimum one week of food and fuel for heaters and cook stoves. You cannot rely on natural gas supplied by your local utility company; you must have portable gas bottles of propane.

2. Your water supply can become contaminated or stop all together even if it is supplied by a water treatment plant and any surface water can be contaminated by seawater because of storm surges. You should have a week’s supply of drinking water and water for sponge baths and oral hygiene. One gallon per person daily will cover hydration needs as well as personal hygiene.

3. Use body wipes that are especially for bathing without water to conserve on drinking water.

4. Use hand sanitizer because regardless of the situation you will need to prevent the spread of harmful bacteria.

7. Clothing, thermal blankets, work gloves and proper footwear to protect your feet from storm debris along with cold weather clothing if applicable. Once you realize a storm is coming make sure everyone stays fully dressed in the event you must evacuate in a hurry.

8. Have cash and change on hand because you will not be able to access ATM’s or banks.

9. Make sure all of your important documents are packed in a waterproof container, and that you can carry the documents with you. You will need insurance paperwork, deeds, mortgage agreements and lease or rental agreements.

10. Make sure your car is fueled up and that you have extra fuel for generators stored safely.

11. Insect repellent and/or netting for controlling insects if applicable.

14. You should have tools and materials to make emergency repairs to your home such as tarps and sheets of plywood. Include shovels, rope, brooms, axes and sledgehammers for emergency extraction or rescue of others.

Make sure you visit the website to determine your storm surge risk. If flooding is likely, you may very well want to evacuate early. Make sure you know where any emergency shelters are located and you know the evacuate routes out of your city or community. Once again, make sure your supplies are transportable by packing them in backpacks. This also makes it easier to keep the supplies close to prevent them from being washed away or damaged. You will need your emergency supplies whether you evacuate or go to a shelter. It may be days before disaster relief agencies are on the ground and distributing emergency supplies. 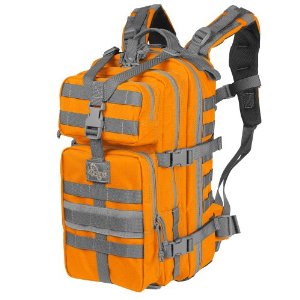 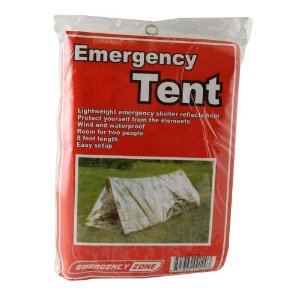 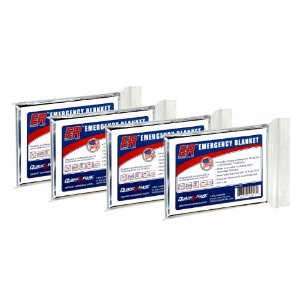 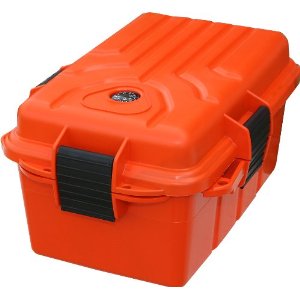 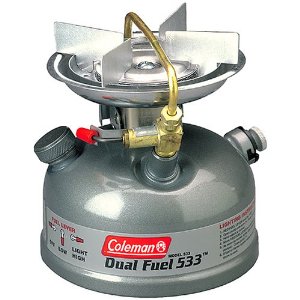 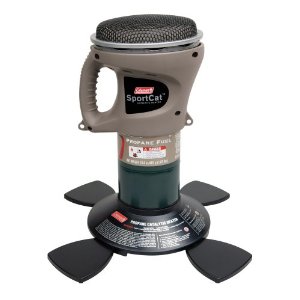 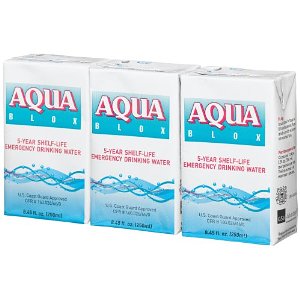 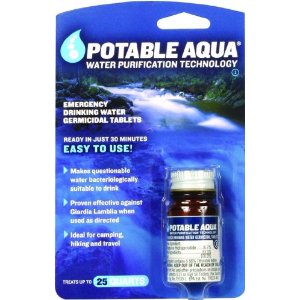 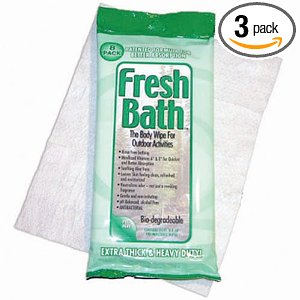 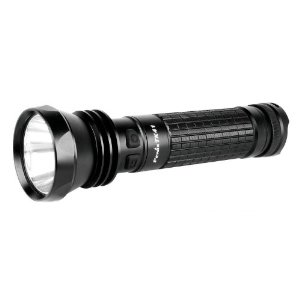 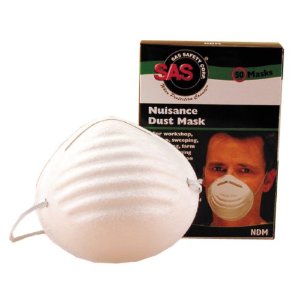 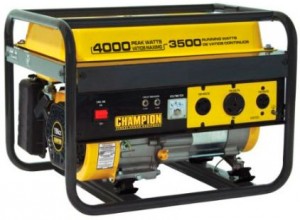 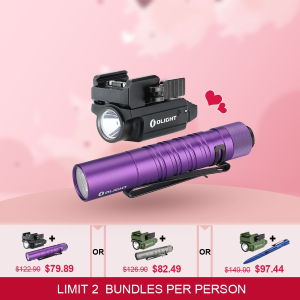