Last week I ordered a pair of California Competition Works shotshell strippers and two sets of Saf-T Trainer training rounds in 12 and 20 gauge. This past weekend I also visited our local military surplus store and picked up a MOLLE vest from Fox Outdoor.

Two inherent problems with our chosen shotguns are limited ammo and relatively slow reload speeds when compared to weapons with removable magazines. The only way to remedy the lack of ammo is to hang more ammo on the weapons or our bodies. Extended magazines, side saddle carriers and butt stock carriers do well for accessorizing your favorite zombie killer, but you still have the problem with limited ammo. With my tactical, I have 7 shots internal and six more on the butt stock carrier. I will in the future mount a Mesa Tactical 6 round side saddle for a total capacity of 19. Heaven forbid I get into a situation where those 19 rounds do not solve my problems. We have Gypsy’s 20 Gauge outfitted with a +5 extension and a five round butt stock carrier for a total capacity of 16. I want to mount a Mesa Tactical 8 round side saddle, but she does not. It’s her weapon, so I must deffer to her wants. Still, 16 rounds is a hell of a deterent. We also have lots of spare ammunition for both weapons in various bags, boxes, slings and bandoliers.

We have been to the range many times in the last few months and have been practicing our weak handed reloads with ever increasing margins of success, noting that having our extra ammo in a bag on our hip is easier access and sometimes quicker than pulling from the butt mounted carrier if we can get a shell out that is already pointed the right direction. Fumbling around with trying to correctly orient a round to get it into the ejection port has caused us to bend over and pick up said round. We have been practicing the underhanded reload method as it feels easier for us. Speed comes from practice and having a shell holder designed for speed.

Enter the California Competition Works 6 round stripper and Saf-T trainers. Seeing the construction of the strippers I understand now why competitive shooters use them. These things are SOLID and the clip for the belt is super strong. I had concerns with whether or not they would be secure enough, but my fears were unfounded. In fact, in order to attach one to the belt on my vest, I had to get a screwdriver and pry it open from the back. No worries about it falling off by accident. The Strippers come with two shims and Velcro dots for fitting different lengths of shells. Everything we have is 2 ¾, so I went with the thicker shims. We also found that the 20 gauge shells will fit almost as snugly as the 12 and only rattle a little because of the difference in diameter. We can also easily get 7 20 gauge rounds into a stripper without forcing. The strippers are very simple to load and to pull from, so simple my 4 year old son can do it. I watched him do it twice last night. After wrestling it all away from him, I was able to play around a bit last night, loading my stripper with the training rounds and practiced pulling rounds and port loading from the bottom. LOTS quicker and no fumbling with the rounds. I can see a few more in our future. The strippers also have a cover available for purchase in black or multi-cam.

The Saf-T Trainers are pretty cool. High vis orange, hard plastic and not as heavy, there is no mistaking them for a live round. I bought them to be able to practice loading the weapons at home instead of needing to go all the way out to the range or worse yet, using live rounds. I DO NOT RECOMMEND USING LIVE ROUNDS FOR PRACTISING LOADING UNLESS YOU ARE 100% CERTAIN THERE WILL BE NO ACCIDENTS. Problem is, there is never a 100% chance of no accidents. Gypsy does not handle live rounds unless we are at the range. She doesn’t feel comfortable enough with them yet to handle them at home. The training rounds will allow her to practice without fear of shooting someone. The Saf-T Trainers are available in a wide variety of calibers and gauges and are fairly inexpensive in comparison to other training, dummy rounds and snap caps. We picked up two sets of ten with shipping for less than $40.

OK. SO…I bought a vest, too, mostly because I have always wanted one. Now I have a genuine reason to own a vest. The one I purchased is from Fox Outdoor and is what they call a sniper vest as it has padded and re-enforced shoulder panels. MOLLE webbing front and back, pouch in the back for a hydration bladder and large zippered web pouches inside the front panels for holding documents or maps. The sides are laced and the shoulders have Velcro panels to fit a wide range of sizes. The front is zippered with two quick release snaps which can be cinched. The bottom edge of the vest has 6 loops to accept belts up to two inch wide, easily fitting my old surplus web belt I “borrowed” about 20 years ago. There is also a large drag handle on the back between the shoulders. All the seams and connections are double stitched and heavy duty. Fox Outdoors may not be top of the line when it comes to vests, but it was less expensive and available when I was looking. Many of the vests I have viewed online were already set up for M4 or AR magazines and only a few of them had any shell holders for shotgun, and then only a few rounds. I don’t have an M4 or an AR, so all the mag pouches associated with those vests would be wasted space. With this vest, being JUST the vest, I can build it the way I want, incorporating more capacity for shotshells and pistol magazines for our PT-58. A drop leg holster on one side and a drop leg pouch of some flavor on the other, pouches for multi-tools, flashlights, medical kits, etc, etc. We will eventually have two vests. One for Gypsy and her 20 gauge and one for me and my 12 gauge. Don’t need it, but want it.

I feel I may have gotten a bit long and drawn out with this one and I hope I haven’t bored everyone to become suicidal. Thanks for letting me ramble. 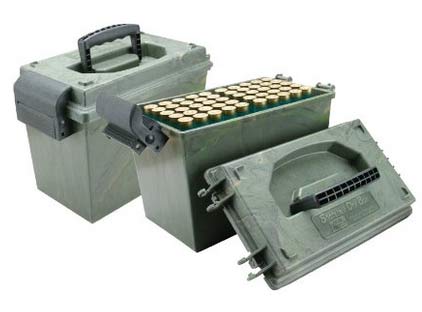