From Strapy from Remington 870 Forum

Here is the final piece to the 870 express I built for my wife. She chose the Surefire 618LMG over the Eotech because the grip felt better. The Eotech is all Polycarbonate and the Surefire has a bit of a rubber grip.

The batteries are a bit expensive and only last about 2 hours of use. But who goes around using their tactical light as a flash light? She has had it on her shotgun better part of 2 months and although she doesn’t pull it out every day on the job the light is still bright when she op-checks it. 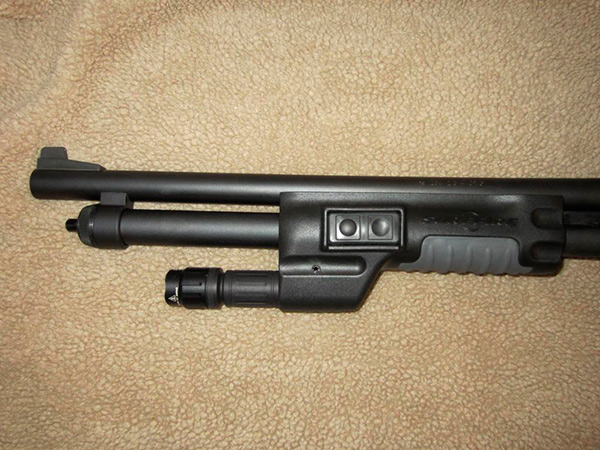 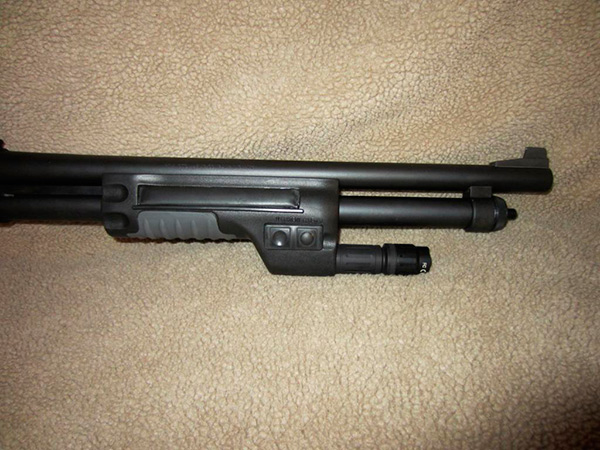 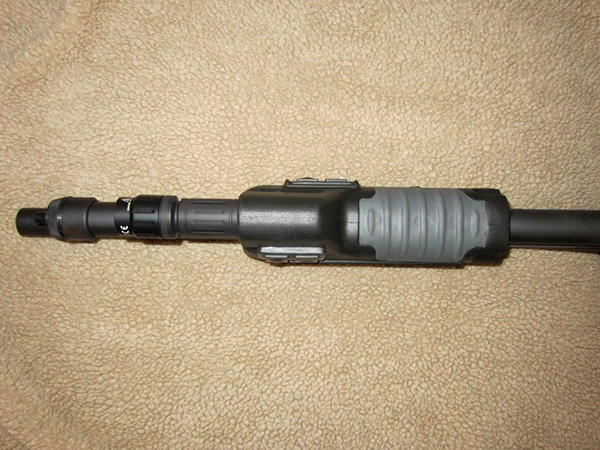 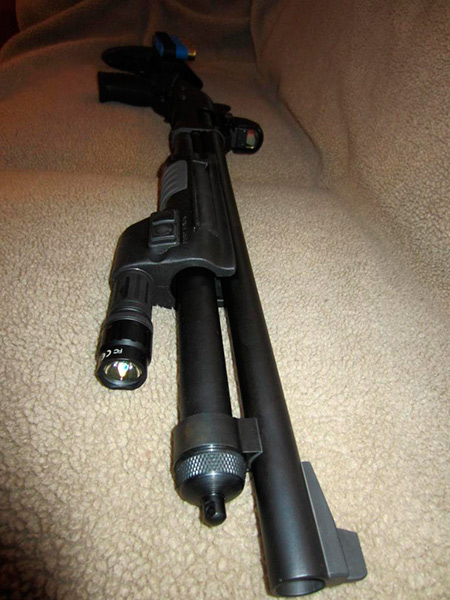 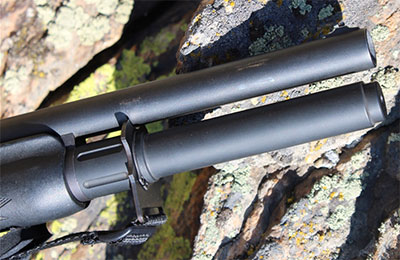