Shotgun Ammunition Explained – what is Birdshot?

Birdshot is a type of shotgun ammunition that is designed for hunting birds in the wild. Inside the shotgun shell contains tiny metal spheres that are all the same size. This allows them to be packed together nicely into a shell, so that many pellets can fit in there. Once the shell full of pellets is loaded into the shotgun and fired out, the pellets separate from the shell and spread outwards.

I have used Sellier & Bellot Shotgun Practical Sport Birdshot during the Bayern Cup in Germany.

Ammunition is reliable, has soft recoil and inexpensive. Sold in big 250 rounds boxes. 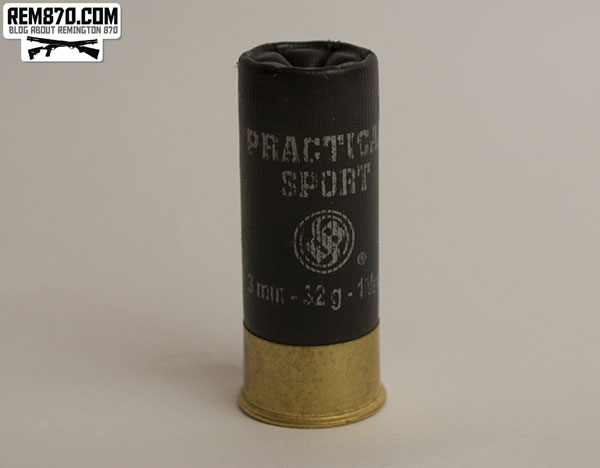 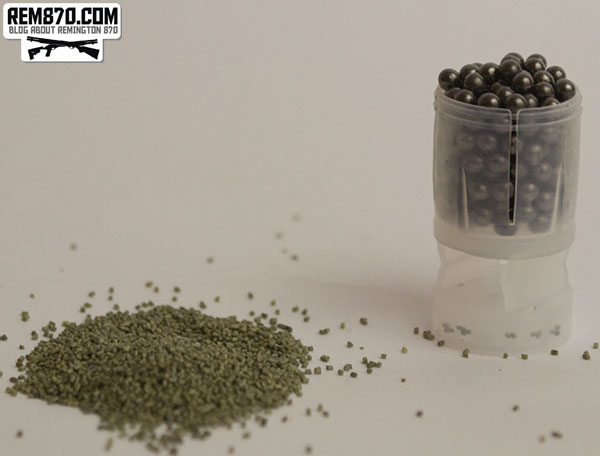 Patterning is the density of the shot in a certain area. There are certain variables that determine the shot pattern or density of the shot. What difference does it make? It makes a difference when hunting waterfowl for example, because you need to know what choke setting and shot will work the best. You will need to adapt and change settings based on the hunting situation. You want to make sure your shots are efficient, and it does not take multiple attempts to bring a bird down. Additionally, you do not want to injure several birds by scattering shot everywhere, you want to bring the targeted one down. Your pattern must be dense enough at the range you are shooting at to have the impact needed for a kill shot.

Tools and materials needed include a pencil, roll of white construction paper at least 40 inches wide, staple gun or thumb tacks, tape measure, and a piece of string 15 inches long.

Typically, the testing is conducted at 40 yards, which is probably the maximum range for most bird hunting. If you are testing for sheet shooting you can test at 25yards. Test several guns and different types of ammunition to find the best fit.

You will need a pattern board and you can use two posts set in the ground 4 foot apart. Secure a backboard of plywood or even heavy cardboard between the posts so that a 35 to 40 inch piece of white paper can be attached. You want a background that will easily show the shot pattern. Once you have the white paper attached to the backboard measure off 40 yards (120ft), it is 40 yards to the muzzle end.
Take one shot at the 40-yard line, and then remove the sheet and attach another and shoot again. Do this three times. Shoot as you would if you were hunting, in other words, you will not have a bench to shoot from while pheasant hunting.

Once you have the three shot pattern sheets take a pencil and thumb tack the 15-inch piece of string to the center of the shot pattern. Then holding the other end of the string with the pencil, draw a 30-inch circle around the shot pattern. Now simply count the shots inside the circle on each paper to ensure consistency.
Make sure you have noted the weapon and ammunition you used and the choke setting for each pattern. To be consistent make sure you shoot each weapon and ammunition at least three times so you can establish an average pattern.

Having a decoy or even a life-sized cutout of your target bird is helpful, so you can determine that if the shot pattern were on the bird would it hit the vital organs. You have to be able to envision the pattern on the paper hitting your target with enough density to bring the target down.

Molding Your Own Shotgun Slugs, Birdshot and Buckshot At Home

It must be noted first that lead is a toxin and must be handled properly to prevent lead poisoning. Always wear protective gloves, face mask and eye protection when handling molten lead or lead bars.

The effective range or kill range is not the same thing as the actual range of the round. When out hunting you certainly do not want to waste rounds firing at targets too far away. If you are using buckshot, it may only wound the animal you are firing at and the animal may not ever bleed out. First, however make sure you know what your pattern is at various ranges. Buckshot at 35 yards is probably the effect range for deer hunting. You can of course strike the target at greater distances 50 to 75 yards but you are not as likely to have a kill shot.

Very nice shotgun ammunition which I tested in Hungary on World Shotgun Championship. Yavascalar birdshot has very low recoil which makes it perfect for competition. Also, the price is very low, so if you can find it where you live, I recommend you to try it out. 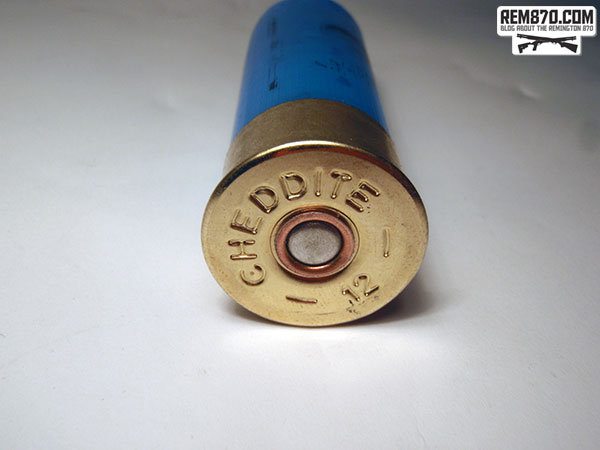 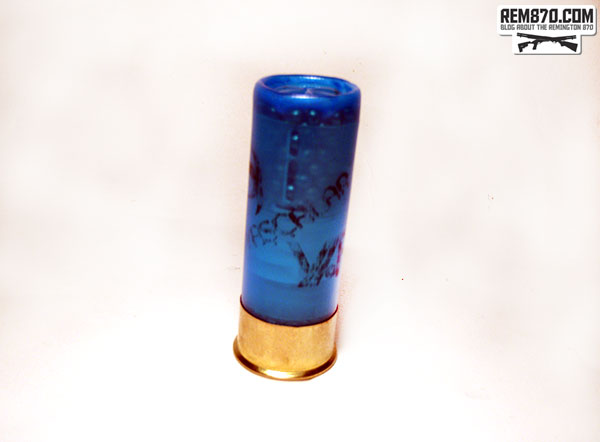 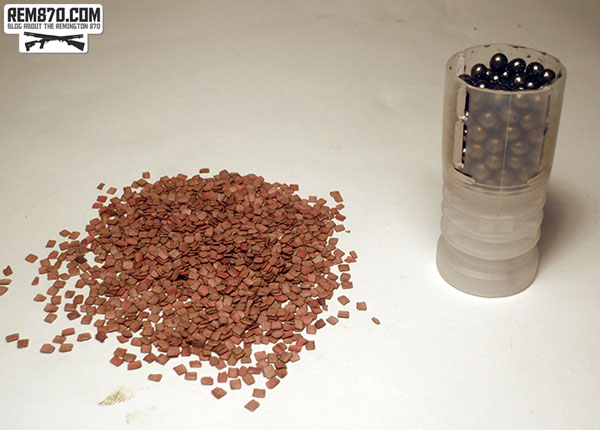 Shotgun Ammunition: What and When to Use

Your ammunition choice depends on what you are shooting at. A shotgun shell or sometimes referred to as a “shot shell” is loaded with either shot or a slug. Most shotgun loads are designed to be fired from a smooth bore, in other words the barrel is not rifled. There are however, dedicated shotguns with rifled barrels that are more accurate, but making it unsuitable for firing shot. Shot would simply wear the rifling away and this of course will defeat the purpose of the rifled barrel. There are shells for self-defense and various shells for hunting game. Shot is traditionally for bird and small game whereas slugs and buckshot are for larger game.

I think it is important to know how different shotgun ammunition works, so you can choose the one you need at the moment. Knowing what it can and what it can’t do is very important.