You can improve reliability of your Remington 870 easily and for just $5. Remington 870 Police shotguns have different Carrier Latch Spring(Carrier Dog Follower Spring). It is from model 1100, the Remington part number F16966. 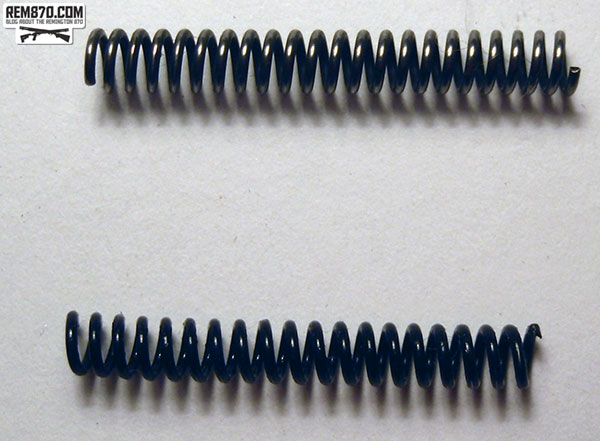 You can choose the tool you like more, both of them are good. Let’s have a closer look at both of them.

Silver bullet makes assembly of the trigger plate much easier.

How to use Silver Bullet from Vang Comp Systems

I have not found Silver Bullet tool instruction on the Internet, so decided to make one to help you.

Tapered end is used to push the Carrier Tube out: 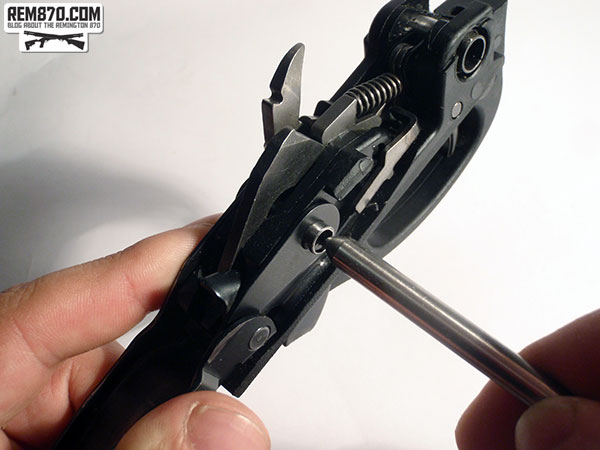 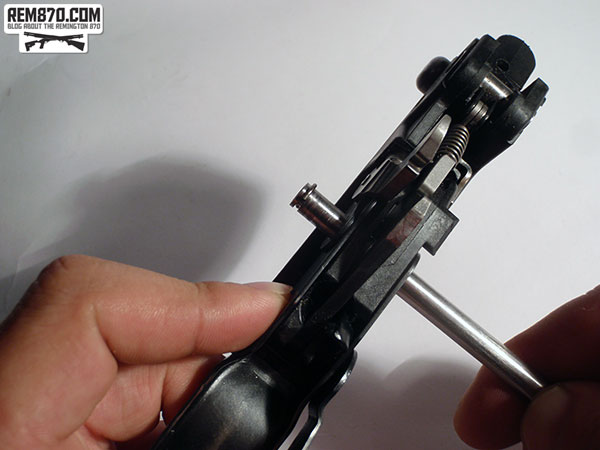 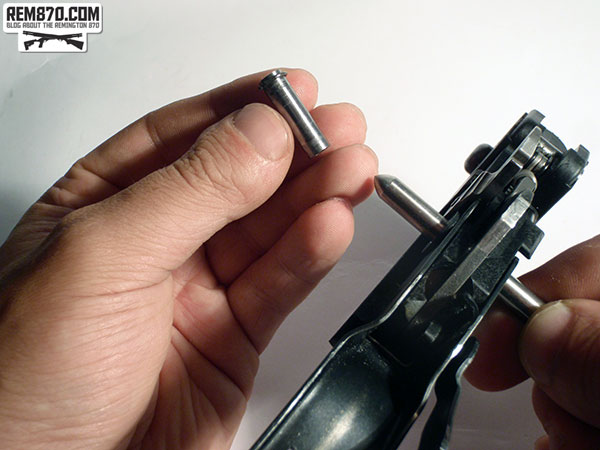 Insert carrier pivot tube into the tail of the Carrier Tube to push it through and into place: 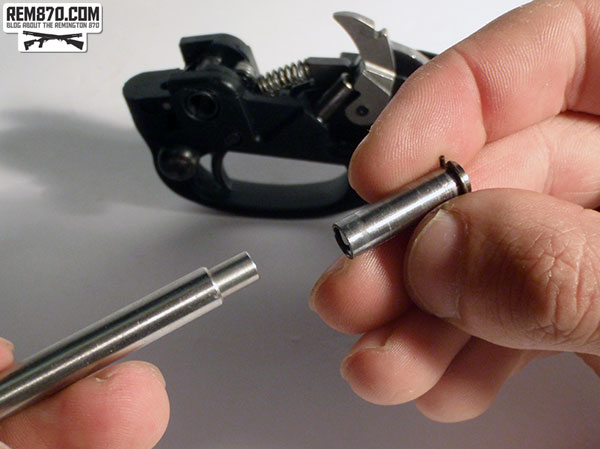 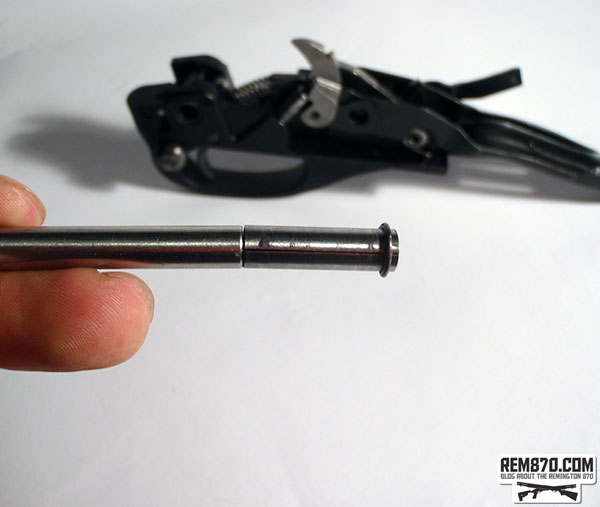 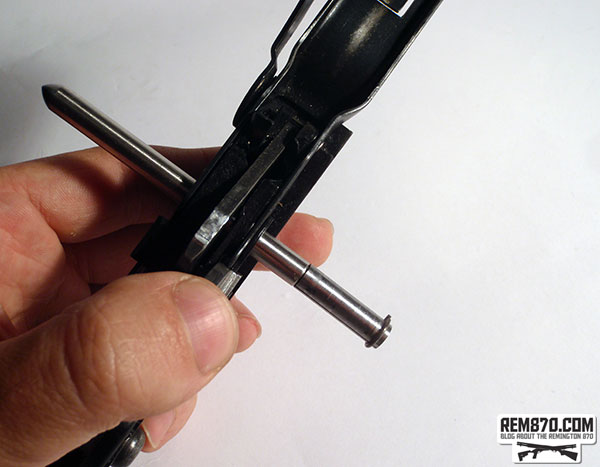 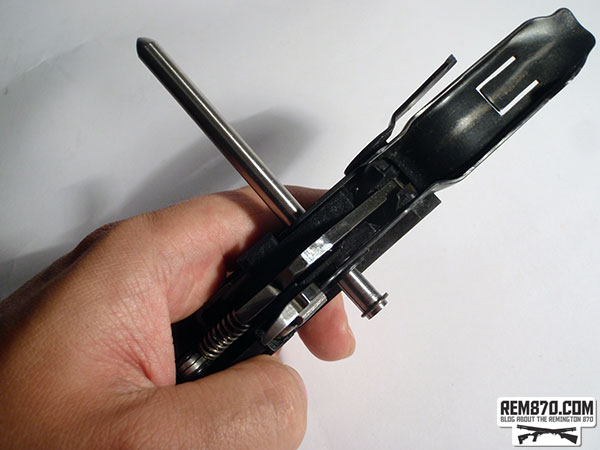 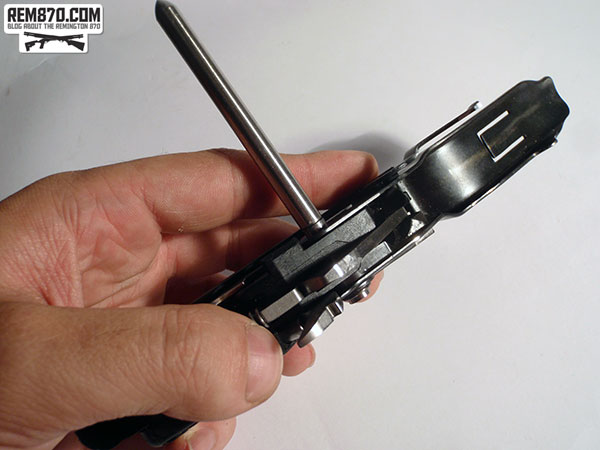 This tool lines up all parts when pushing pin in and makes whole process much easier. Of course, you can use a screwdriver for thir purpose but Silver Bullet from Vang Comp Systems is much better. Higly recommended tool. 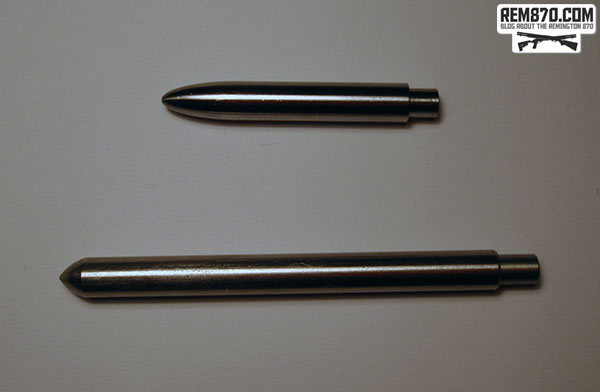 Both tools are very good and really simplify the task of the carrier latch spring upgrade. You can see difference on the photo above. I like the tapered end of the Brownells tool more.

This whole process shouldn’t be too hard as long as you go slow and understand the parts inside the trigger group. After your shotgun is reassembled, test it out and see if the feeding is improved. If you didn’t have a feeding problem before then you might not notice too much of a difference, but at least it will help ensure that you don’t have a feeding problem in the future. If you feel are new to this and feel there are too many parts then have a more experienced gun owner help you out with this. You can also look up tutorial video:

Carrier Pivot Slave Pin by Brownells is another tool which simplifies replacement of a Carrier Latch Spring.
This tool makes assembly of the trigger plate easy. 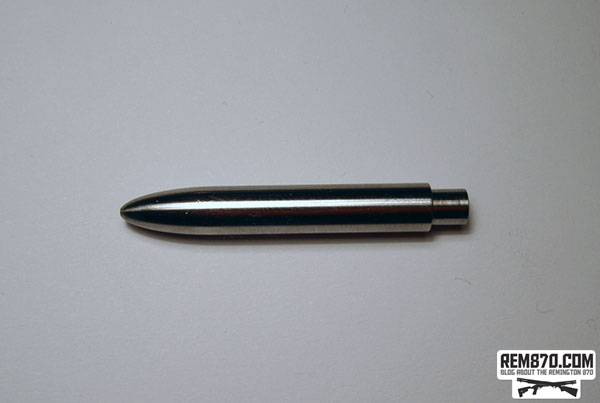 This tool is good alternative to a Silver Bullet by Vang Comp Systems.

This upgrade is higly recommended. It is one of those upgrades which are not visible for others but improve reliability of your Remington 870 shotgun and not just for looks. 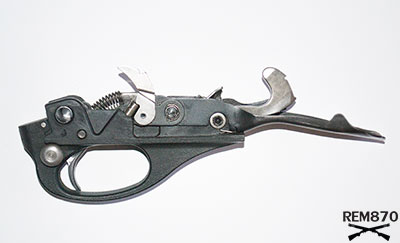 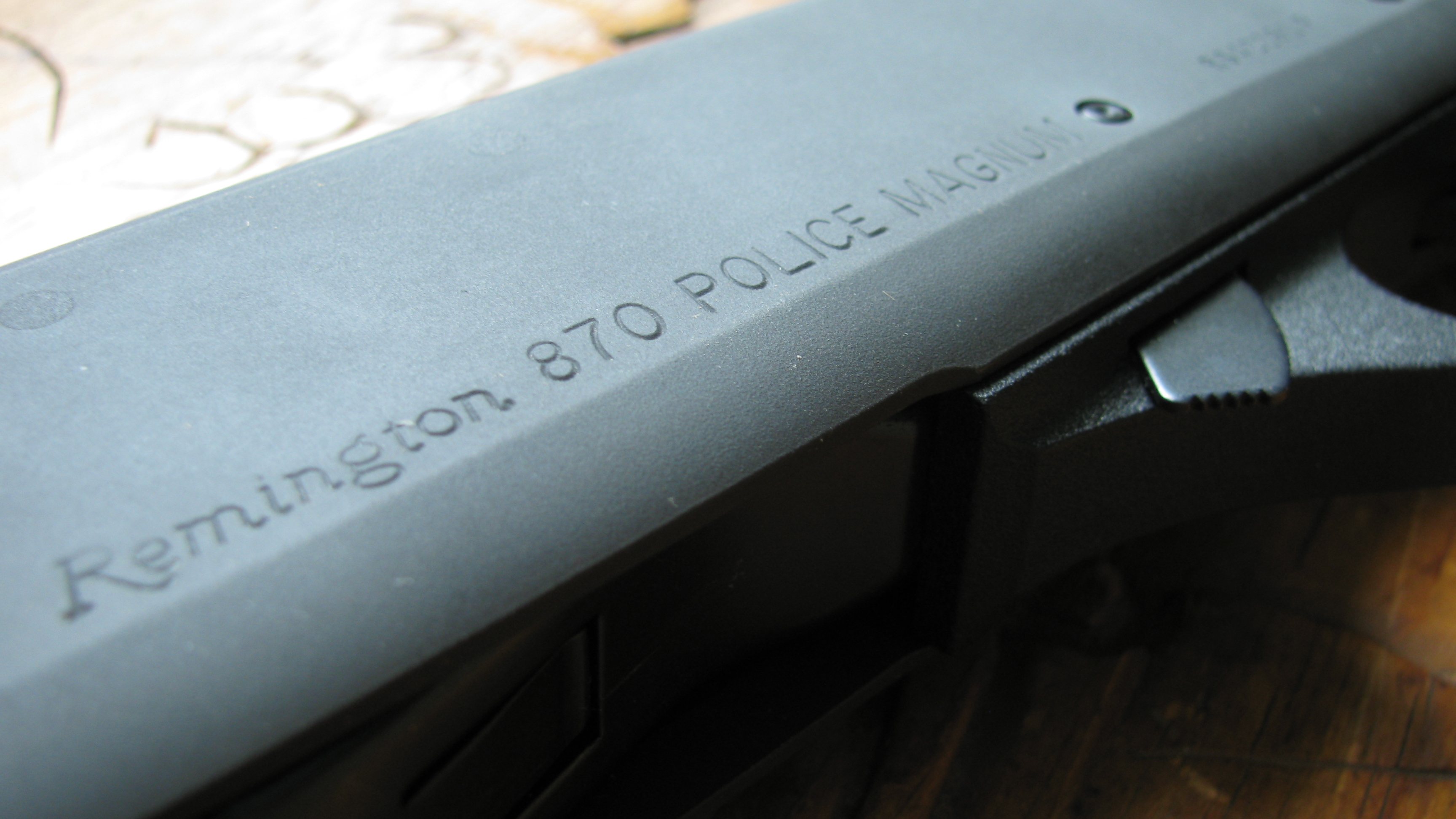 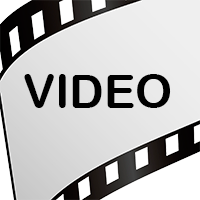 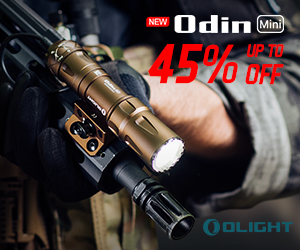