Thanks to Charles Wolf from Wolf Hill Trading Co. for the ammunition provided for tests.
You can buy all the exotic shotgun ammunition on the following website: http://www.wolfhilltradingco.com

Special thanks to Tommy Geraci, one of the blog readers for making this review!

This exotic round features a 500-grain heat-treated alloy slug with an incendiary exploding tip,packed on a magnum charge. This surprisingly light recoil load bursts out around 1,700 feet per second or fps and can produce a 3000-degree flash upon impact of a hard surface. This round is claimed to pierce ¼” steel as well as body armor. 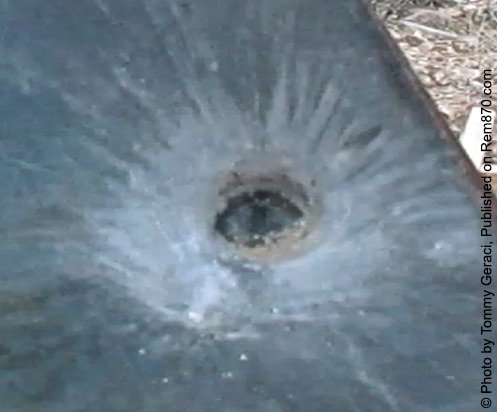 The Armor Piercing Incendiary round failed to pierce through ¼” steel. I shot two rounds at the steel target and both times it was unable to puncture the steel. The incendiary tip did in fact work and ignite upon contact of the steel plate. But since this round is specifically advertised as an armor piercing round that can pierce through ¼” steel, but was unable to do so I would call this round a fail. 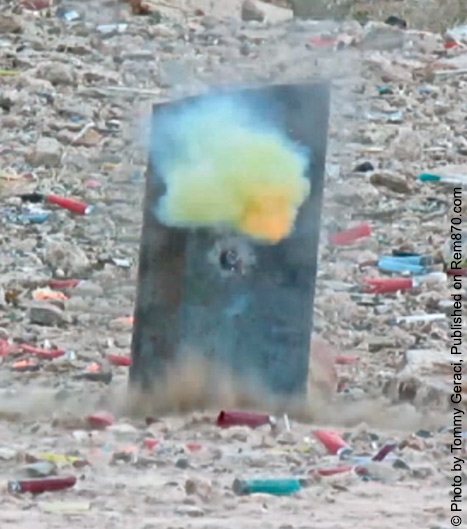 Here is the Incendiary Armor Piercing tip in action. Upon impact to the steel plate it did have ignite a flash followed by yellow and white smoke.

The Super Rhodesian features nearly 400 #8 birdshot bb’s stacked on top of 9/ 00 buck shot balls. This round has massive spread and takedown power, talk about adding insult to injury.

The Super Rhodesian round has a nice tight grouping of approximately 7X8” at 15 feet. This round packs a powerful concentrated punch strong enough to take out most anything that would regrettably cross its path. 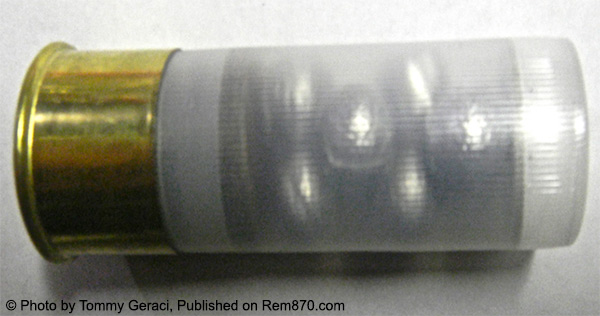 Wow! The Ultra Buck utilizes 8 quadruple-ought or (0000) buck shot balls packed on top of a magnum charge. Lets clear this up, one 0000 ought buck ball has the diameter of a .380/9mm projectile. That’s equivalent to shooting a target 8 times with either a 9mm or .380, in one shot. The 0000 buck is fairly hard to find on the market and most shotgun shooters don’t know it exists. Due to the massive size of the quadruple ought buck as well as being placed on a magnum charge, this round will cause an enormous amount of damage to a target or foe. 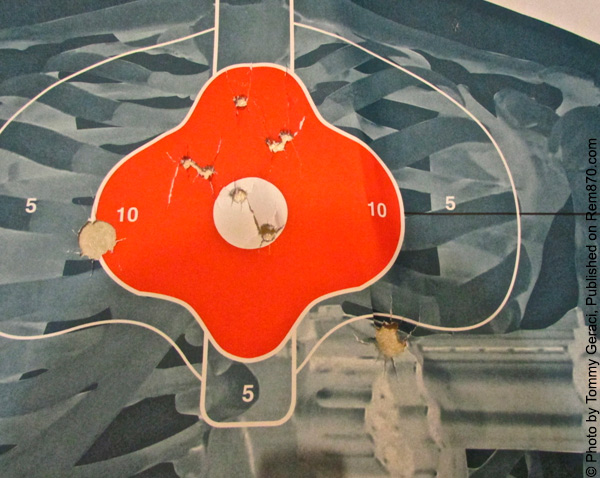 The Ultra Buck had a devastating spread of approximately 7X7” at 15 feet. This is a very uniquely designed round that has a similar force to that of a freight train (figuratively speaking that is). 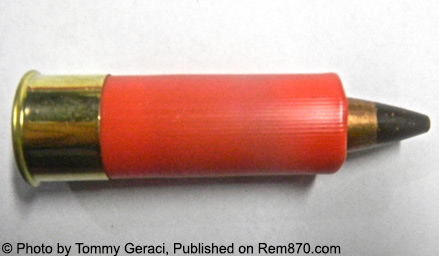 Truly one of the most unique exotic 12 gauge rounds on the market. The .50 BMG Tracer round is effective from 0-400 yards which is 1200 feet. Though accuracy should not be expected at great distances, coming from a shotgun platform which famously known for close range devastation. This round is pure insanity and clearly revolutionizes the overall situations in which a shotgun could and should be used. This awesome round emits a trace that will last about 3 to 4 seconds after the round is fired and can burn out to about 400 yards. This round can be fired out an improved cylinder, modified and tactical choke barrels. These rounds have to be loaded and fired one round at a time due to their length. Place these rounds directly through the receiver into the barrel. When I tested the .50 BMG tracer, the round worked great but the trace did not work. I took two shots in the dead of night and both times I could neither see a trace nor catch it on my camera. I give the round a pass but the trace a fail.

You can buy all the exotic shotgun ammunition on the following website: http://www.wolfhilltradingco.com