I have 3 870's in front of me right now. Two of them feed into the chamber at an angle, and the shells are "gripped" by the carrier when feeding into the chamber. The other one does not grab the shells and has a more horizontal feed. FWIW this 870 feeds smoother and can be cycled slower than the other two without any hang up.

Are the "guide tabs" on the shell carrier supposed to be tight against the shells when loading one into the chamber?
Top

Can you upload some pictures of what you're talking about?
My YouTube Channel
Remington 870 Tips & Tricks
Shotguns 101
Top The one on the right is a 20 vs the 12 on the left, but I have another 12 that does the same thing. The shell is fed at an angle, cannot be manipulated from this position, and the shells show marks from the "tab" on the side.

The 12 on the left feeds more horizontally, tab is not tight on the shells, can wiggle shell up and down, etc. This action can be cycled slower than the other two without getting hung up in this position.
Top

So the one on the left, the 12 gauge, is the one that has this "horizontal" feed? Does it misfeed, have trouble ejecting or extracting, any issues at all? Because my 12 gauge feeds like the 20 gauge shown.

Also, please be careful with those live shells!!
Top

The 12 that feeds horizontally is a smoother action. No problems, I actually prefer it to the diagonal feed. I just didn't know which one was intended from the factory. 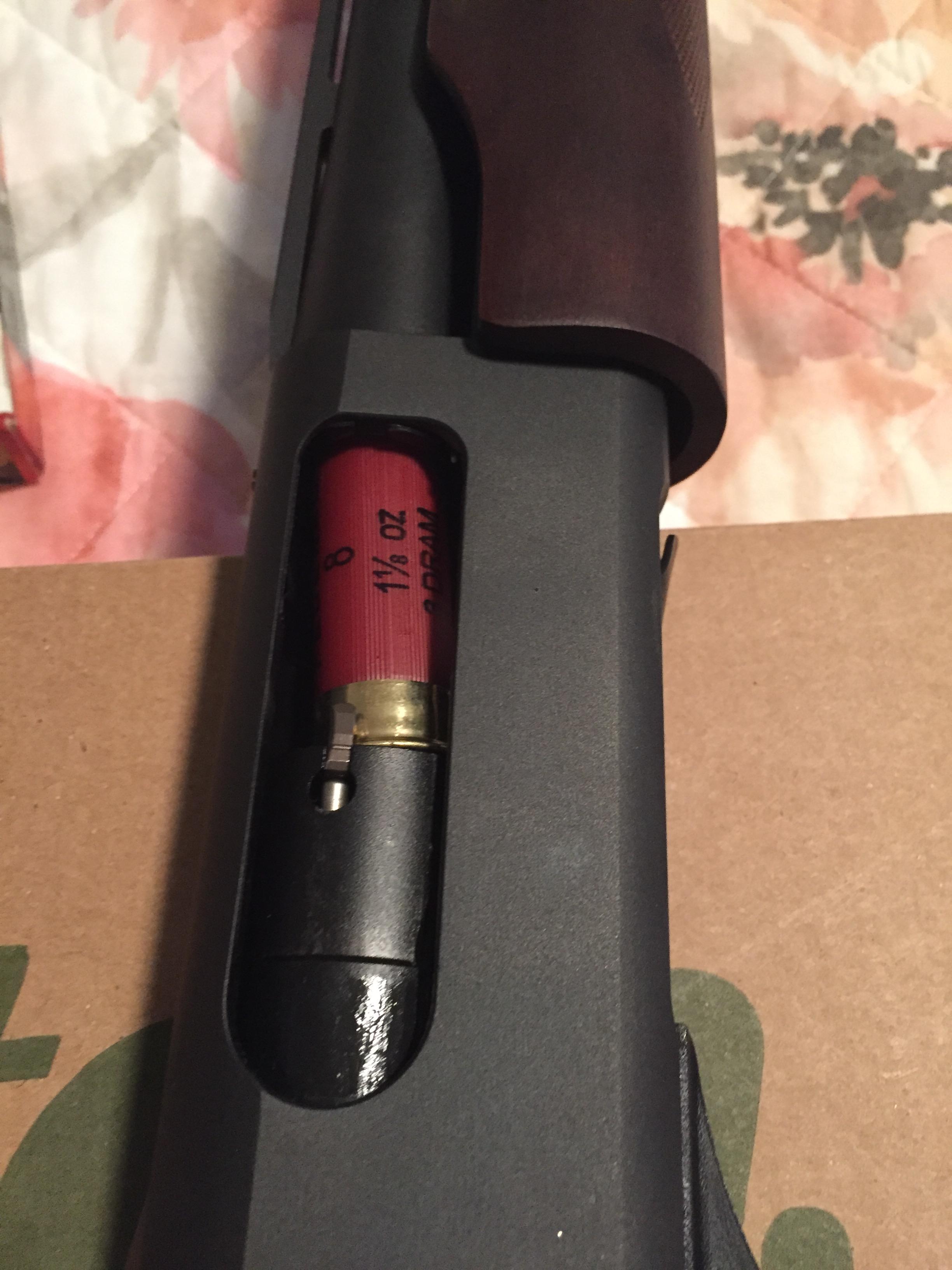 Either way, the gun is working as intended. The shell is controlled, and should feed into the chamber reliably as you move the slide forward. There may be a little more resistance if the shell is at an angle, especially if the shell's crimp doesn't have much of a taper to it, but the difference shouldn't be a major one, especially if you're working the slide with authority, the way the 870 likes to be operated.
My YouTube Channel
Remington 870 Tips & Tricks
Shotguns 101
Top
Post Reply
6 posts • Page 1 of 1

Return to “Repair and Gunsmithing”