VADavid wrote:Sig fan here too. P239 for EDC, and P226 E2 for occasional carry and USPSA/IDPA.

Had the Sigs before the shotgun.

Had pistols before anything here too.

Gotta go with my Springfield XD40sc. Love this thing

If you break into my house, be quiet, or ill wake up and unload on you.
Top

Just added a Kahr CW9 to the club. Great little gun and shooter at a very reasonable price.

My go-to handgun is a 4th-gen Glock 31 chambered for the outstanding .357 SIG cartridge. Despite the energy of the round, this gun is quite comfortable to shoot. I like Glocks because they're like the Remington 870 of the handgun world; proven to perform consistently and reliably even in harsh duty, and virtually any imaginable accessory is offered for them. The full-sized Glocks in .357 SIG and .40 S&W can also be converted to fire at least a half-dozen different calibers without permanent modifications. I'm currently in the market for a 9x19 conversion barrel, but it's tough finding a decent price on one that doesn't have a tacky cartoon wolf engraved on it.

I carry Remington Golden Saber Bonded 125-grain hollowpoints, which are some very well-built rounds with great terminal performance even through barriers (including several types of body armor). They're also reasonably-priced for premium carry ammo. 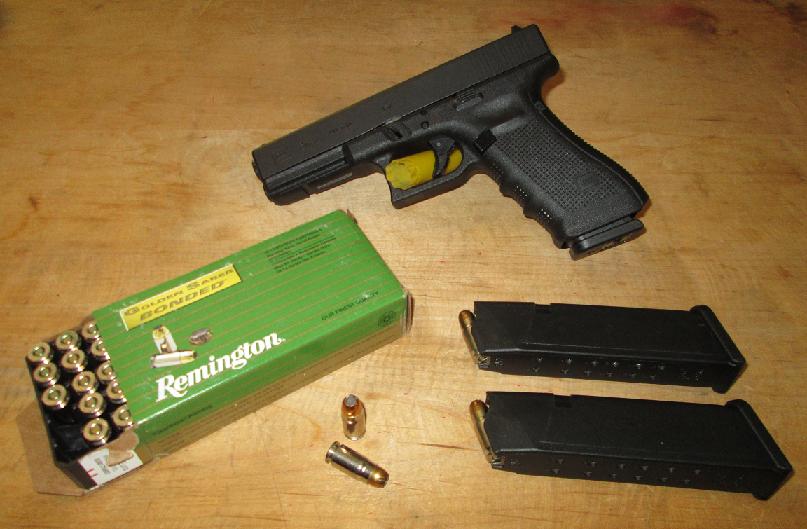 My other pistol is a Kel-Tec PF-9, which is a neat little 9x19 pocket gun slim enough to carry comfortably in any outfit. This gun tends to get mixed reviews, but I think most of that's due to people having unreasonable expectations for how a $250 gun should look and feel, or who can't hold the little thing steady enough for it to cycle reliably with light practice ammo. Since it's very lightweight and has a recoil-action rated for +P ammo, I can understand an occasional stovepipe or fail-to-feed with plinking stuff. With carry ammo, this gun has been 100% (except for one fail-to-feed that was my fault for reassembling the magazine with the spring backwards).

I carry Cor-Bon 115-grain +P JHPs in the PF-9 (if Remington ever gets around to offering their 9x19 +P Golden Sabers with a 115-grain bullet, I'll be all over it). This round has a great track record, and impressive amounts of kinetic energy that it transfers rapidly. They're spendy, but it doesn't take multiple boxes to load up a single-stack subcompact. 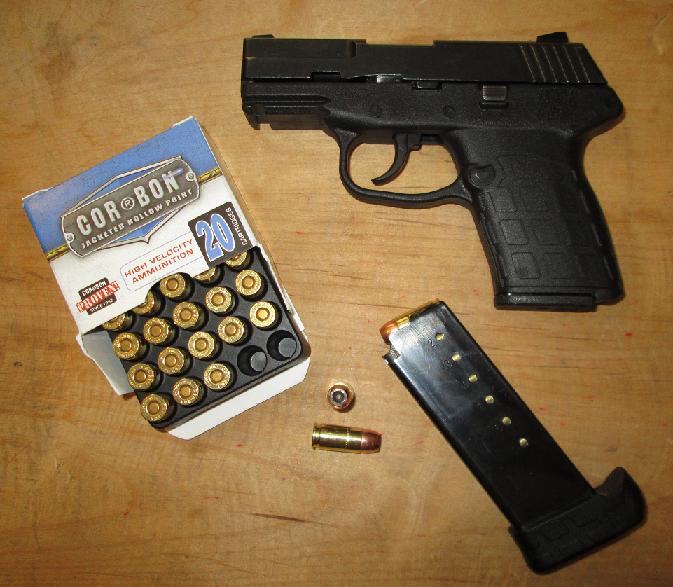 If my wife doesn't carry her S&W M&P Shield 9mm, sometimes I take that with extra mags, IWB in a so-called "sticky holster" from Naples, FL. I prefer revolvers as a general rule. I don't think I'm much of a pistol or revolver shot, so I try to keep things simple by mostly using revolvers that basically operate the same way. Of course, the M&P is essentially a knock-off of the Glock type striker-fired polymer "point [*ahem* aim ] and shoot" 9mm handgun.
Alle Kunst ist umsonst, wenn ein Engel in das Zündloch prunst.
Top

A veteran is someone who, at one point in his life wrote a blank check Made payable to 'The United States of America' for an amount of 'up to and including my life.' That is Honor, and there are too many people in this country who no longer understand it.
Top

Colt, New Agent 45ACP is on my side everyday.
It may be that your sole purpose in life is simply to serve as a warning to others.
Top
Post Reply
98 posts

Return to “Other Firearms”