I have the standard bead pedestal bead sight on my Remington 870 tactical. My ? is I installed a rail because it was already drilled and tapped for it, but I don't have a optic on it.
What I am asking is when sighting with the bead sight with the rail installed, will the rail throw off my sight pic since I cannot really see the bead sight. I know proper sighting with a bead sight is down the shotgun with a firm check rest but when I do this the rail blocks the bead.
I remember in the past when I shot with just the bead sights there was never a rail on the shot gun. I have put on a optic a red dot again but not really to sure about that either. I lost the screw that go into the wholes when I remove the rail, I was not sure you could shoot it without those screw installed. I have never owned a 870 that had a rail or any optic installed. Here are some pics.

I'd contact Remington and get replacement screws for the holes in the receiver, then take off the rail if you don't plan on using optics. Wouldn't want to risk anything unwanted finding its way inside.
Let us speak courteously, deal fairly, and keep ourselves armed and ready. - T.R.
Top

Front bead sights are generally low-set, and are intended to line up with the bare top of the receiver. With a rail on the receiver, this alignment will be thrown off, and if you continue to use the bead, your shots will start printing high.

Unless you plan on using an optic, and you have said optic ready to install, I'd recommend removing the rail. The gun will function fine without screws in those holes. It would be best to find set screws to plug those holes since most of them are located directly over the inner workings of the trigger plate assembly, but there's no reason you can't use the gun while you're looking for those screws or waiting for them to arrive.
My YouTube Channel
Remington 870 Tips & Tricks
Shotguns 101
Top

Well thanks for the information, Now I was wondering why it was shooting high as hell, I thought it was me and it kinda was for not removing that rail before shooting. I will try it here soon with out it, I emailed Remington to see if they could get me some screws. I at this time have taped off the wholes, using black electrician tape. Was told by another guy that lost his screws that worked for him.
Top

Well contacted Remington and they want $4.12 for each screw, I cannot believe that I would have to pay $16.48 for 4 tiny little screws. Here's a pic

12GAfun wrote:Well contacted Remington and they want $4.12 for each screw, I cannot believe that I would have to pay $16.48 for 4 tiny little screws. Here's a pic

Maybe some kind soul here can measure the thread pitch/diameter and you can just get the screws at a hardware store...
Top

12GAfun wrote:Well contacted Remington and they want $4.12 for each screw, I cannot believe that I would have to pay $16.48 for 4 tiny little screws.

$4.12 is a pretty typical price for small replacement parts like followers, pins, springs, safety switches, and so on. I'm guessing the plug screw just gets slapped with that standard small part price whenever Remington goes through and updates things.

If the receiver is factory-tapped, I believe the thread pitch would be #6-48. You could see if any fastener stores in your area carry small set screws with that thread pitch (take in one of your rail screws or your stripped receiver if you want to be sure), but you'll need something pretty short to match the factory plug screw. Maybe a local gunsmith's shop has a handful of compatible plug screws kicking around that they'll sell for cheap. 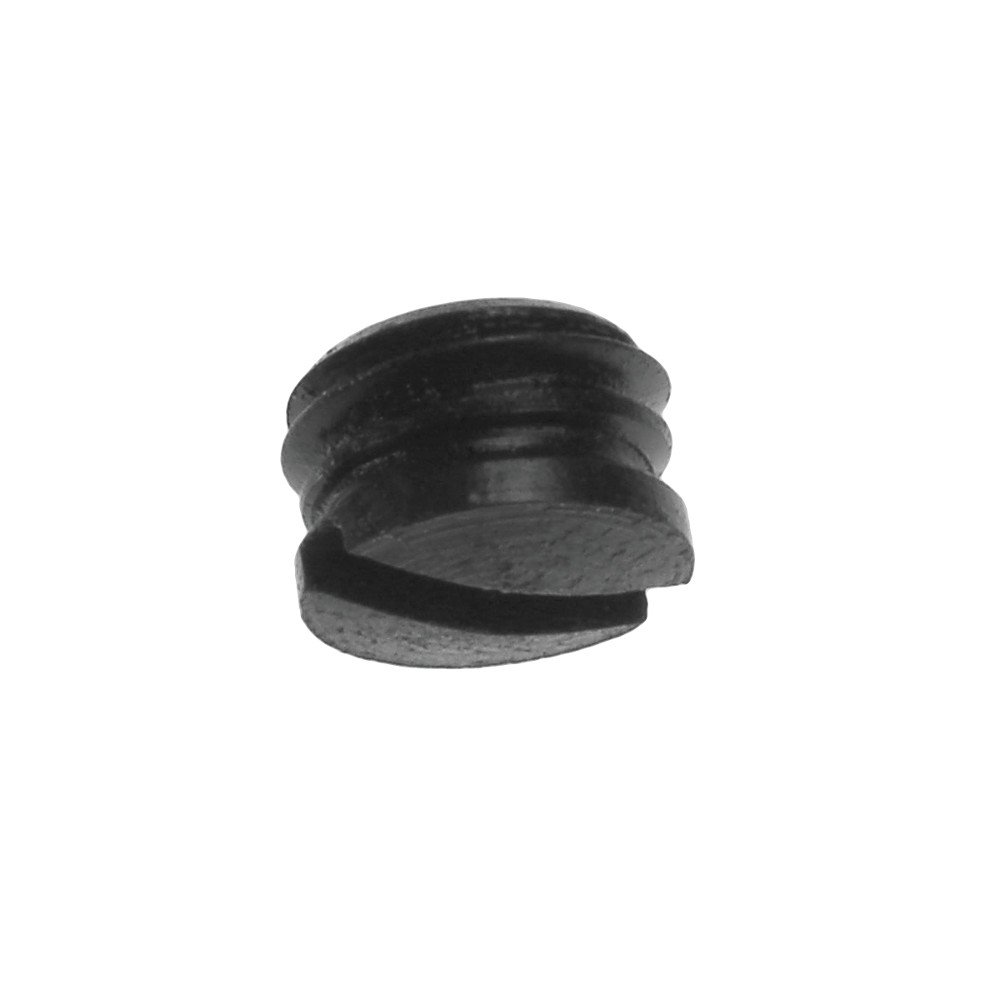 If the Mfr Part number is F202853 they are the same plugs as in Remington 700 rifles. 6-48 is not a common size to find at most hardware stores, plus these are plugs not screws, they have a small head on them to tighten up in the receiver and not go all way through. Brownells sell these but are also $5.00 each. Midway has a set of 10 straight screws for $6.19. You may have to use a thread locker to keep them from going through and hitting the bolt. If you have any friends who mounted a scope on a Remington rifle they may still have the four plugs they removed.

there are several on ebay.